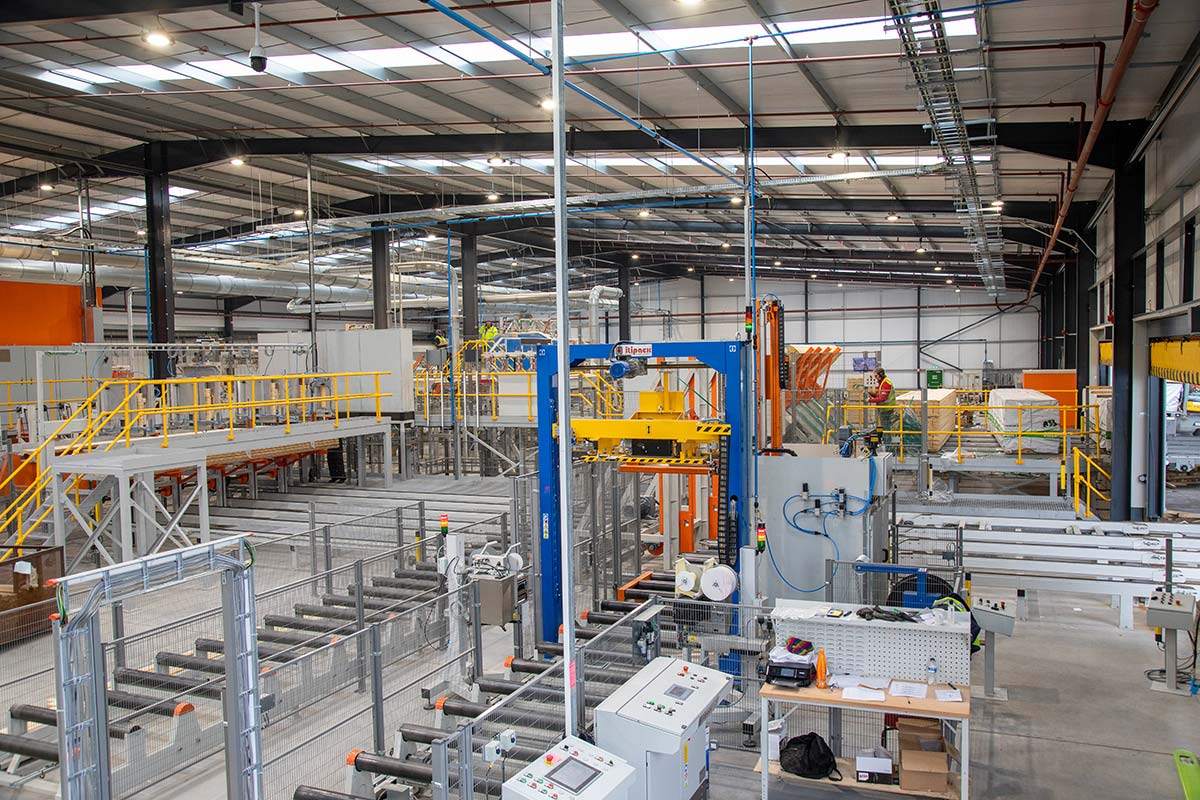 ArborForest are pleased to have begun production on our new sawmill planing line – thought to be the most advanced system of its kind in the UK.

Last year ArborForest announced that we are investing £6 million in the new facility which features unique timber scanning technology, allowing them to eliminate defects in lengths of timber – reducing waste and saving time for their customers.

The planing line was developed in conjunction with Swedish company System Hall AB, which designs, manufactures and supplies many different types of mechanical handling systems and conveyors for the woodworking industry, primarily – up to now – in its neighbouring Nordic countries.

ArborForest collaborated closely with System Hall to devise the production line that best suited our needs, and which would offer the best possible value to end users – including shed manufacturers, those building farm and equine facilities, and the general construction market.

With the line now fully operational, it is processing up to 200m of timber per minute. The technologically led process involves each piece of timber being scanned as it runs through the line, allowing defects such as splits and knots to be identified and trimmed out, with the result being more useable lengths of timber in each load that arrives with customers.

This is the first phase in ArborForest’s biggest investment in a single year, with upcoming plans for additional storage taking our total investment to around £12 million.

Supply of UK timber catches up