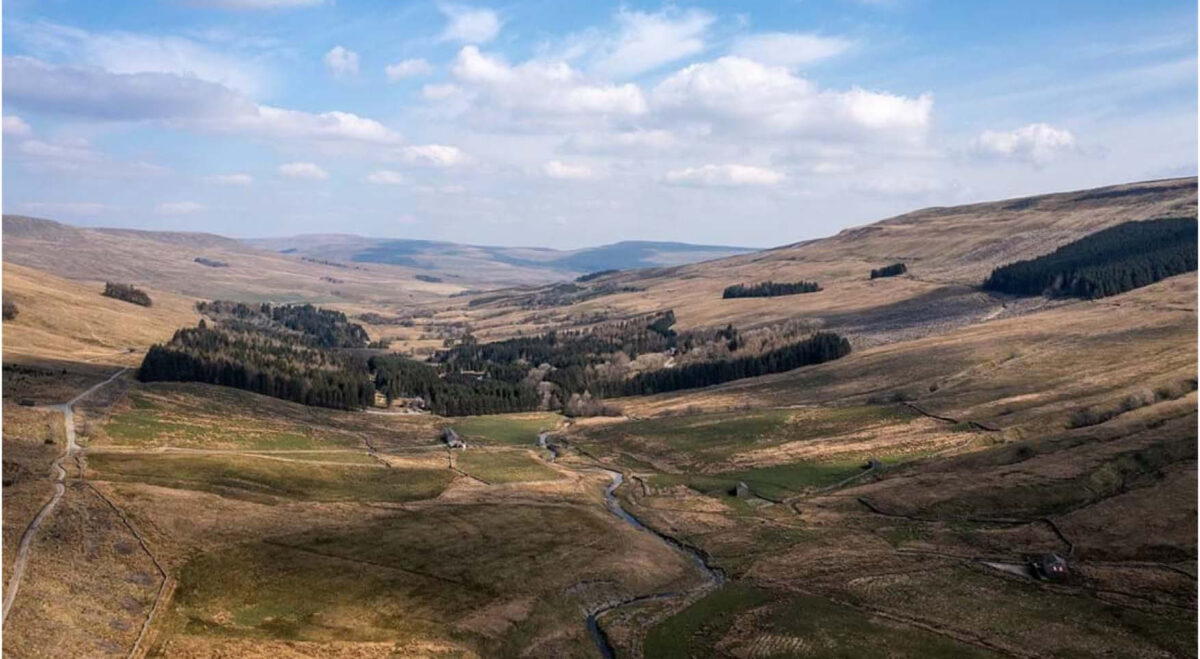 The Woodland Trust has doubled the land it owns at Snaizeholme, near Hawes, having secured a significant extension.

Home to rare golden plovers and with a red squirrel colony nearby, it aims to create a mosaic of habitats allowing nature recovery and helping combat the effects of climate change.

The new piece of land, situated in the White Rose Forest area of the Northern Forest* wraps around the head and the western flanks of the dramatic valley, including two wonderful areas of limestone pavement and the extensive peat moorland of Grove Head.

Just a year ago the charity was successful, thanks to a popular public campaign, in its £3 million bid to buy up 550 acres at the site. It’s home to a rare red squirrel colony and near to Ribblehead Viaduct, the popular Yorkshire Three Peaks walking route and long-distance trail the Pennine Way.

It now needs a further £7 million to transform this extra piece of land, which will bring its ownership to a total of 561.5 ha (just under 1400 acres).

Al Nash, the Woodland Trust’s Estate Manager for the North said increasing its ownership will help the fight against climate change, as well as the biodiversity crisis.

He said: “Snaizeholme is an incredibly unique opportunity for the Woodland Trust. Hundreds of years ago there would have been trees across the site but now there is just a handful. Creating more woodland is hugely important, but it is so much more beyond.

“The vision is to create a vibrant mosaic of native woodland, with extensive habitat restoration across peat moorland, acid grassland, limestone pavement and riverside meadows. It will become a Yorkshire beacon for the bid to tackle climate change.”

Completing the sale of both these areas of land was only half the story. The hard work to create a mosaic of habitats for wildlife and people in the Yorkshire Dales is just beginning.

Key aims of the Woodland Trust at Snaizesholme:

Donate to the ongoing appeal for Snaizeholme and its wildlife here

Northern Forest has already established over 3 million new trees since 2018 and is transforming the landscape from coast to coast and in and around cities such as Liverpool, Chester, Manchester, Leeds, Bradford, Sheffield, York and Hull. A partnership between The Woodland Trust, the largest woodland conservation charity in the UK, and Community Forests: City of Trees, Mersey Forest, HEYwoods and White Rose Forest is delivering this ambitious project. The partnership is connecting people with nature through the Northern Forest, creating growth and investment opportunities, reducing climate change and flood risk, improving health and wellbeing, supporting the rural economy and developing innovative funding mechanisms for the future.

The community forests in the north – The Mersey Forest, White Rose Forest, City of Trees and HEYwoods – have been working with the Woodland Trust to take the Northern Forest from concept to reality. They all have a long and successful history of working together and combine over a century of environmental regeneration and green infrastructure experience.