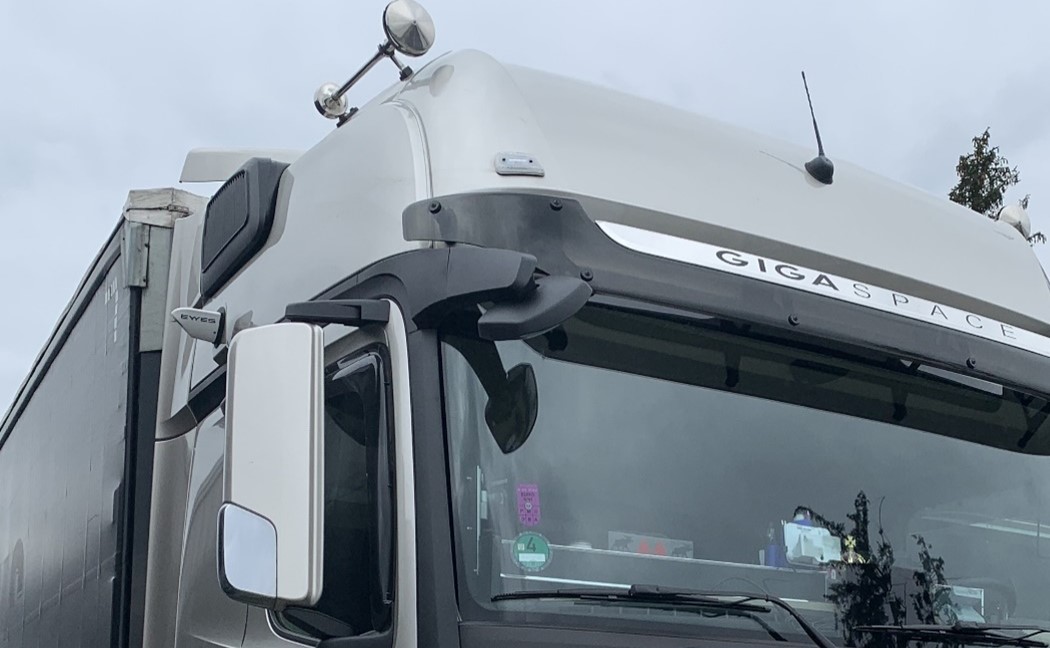 Brigade Electronics – a market-leading provider of vehicles safety systems – has launched a new artificial intelligent vehicle safety system to the UK market. CarEYE® Safety Angle Turning Assistant from EYYES GmbH has been offered by Brigade GmbH in Germany for more than a year and was trialled by its long-standing partner, Geier & Söhne Transportgesellschaft mbH in the country. Geier & Söhne Transportgesellschaft mbH fitted the device, which uses artificial intelligence (AI) technology to detect pedestrians, cyclists and objects, to one of its Mercedes Actros vehicles.

The system’s AI is set up to accurately evaluate the images from cameras fitted to the vehicle and is able to calculate the future course of motion of nearby people or objects. Based on this data, the system reliably and accurately warns the driver in real time of a possible collision before it occurs.

CarEYE® has also been rated as a clear winner in the ADAC performance tests demonstrating its optimum performance and outranking other similar vehicle safety devices on the market. ADAC cited CarEYE®’s reliability for reducing false alerts significantly, the visual feedback for drivers being clear and easy to understand, and its quick reaction times for detecting people and objects for its top place position.

Emily Hardy, Marketing Manager of Brigade Electronics UK, said: “The accuracy of CarEYE®’s AI makes false alerts extremely rare and provides the driver with absolute peace of mind that they can manoeuvre their vehicle with the utmost safety. The system is able to differentiate between cars, trucks, people, bicycles and static objects, such as trees or bollards. Movement and the expected direction is then calculated, making the system extremely reliable.”

Emily added: “There were 141 cyclists killed and 4,215 seriously injured due to road traffic collisions in 2020. One in three of these accidents could have been prevented with a sideguard assistant, such as CarEYE®. This makes such technology crucial in enhancing safety for every road user and helping to save lives.”

Founded in 1976 by Chris Hanson-Abbott OBE, Brigade Electronics introduced the very first reversing alarm to Europe and has been at the forefront of championing vehicle and plant safety ever since, pioneering new products, and developing and patenting new technology.