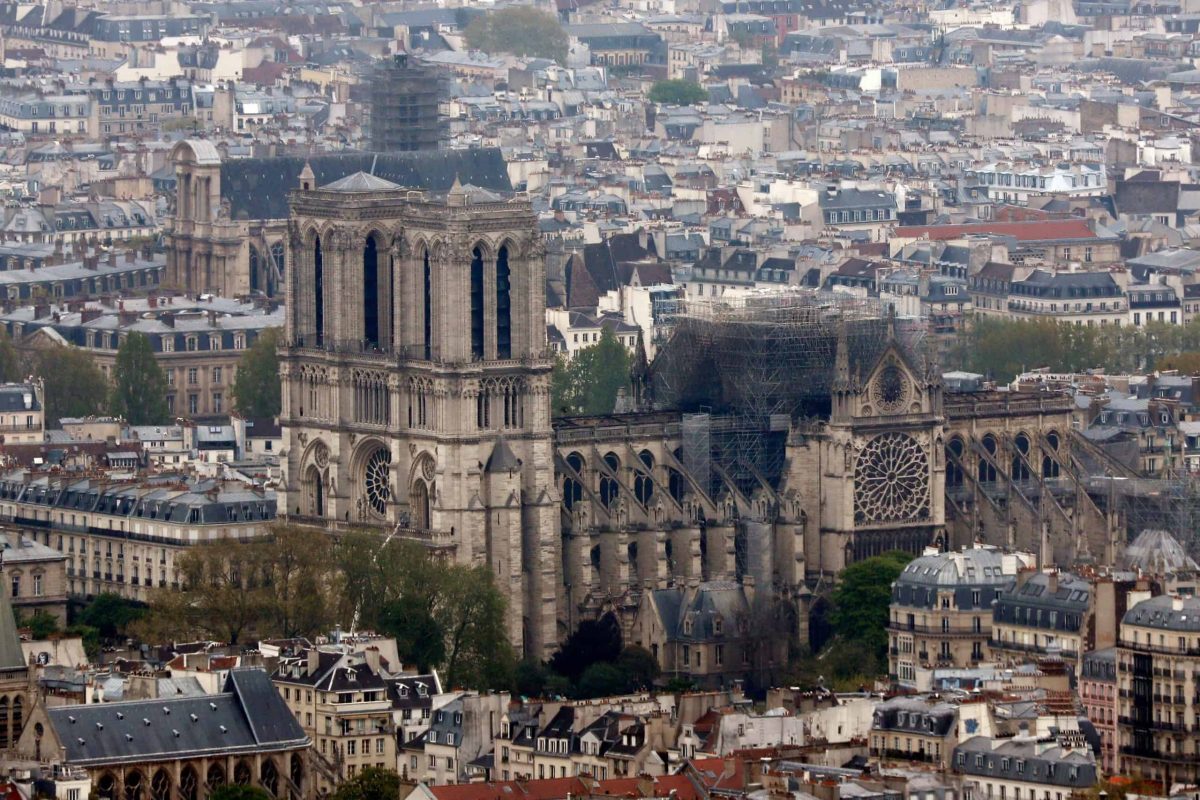 Four French oaks that have been standing for hundreds of years in a once-royal forest now have a sacred destiny. Felled in the Loire region’s Forest of Berce, they have been selected to reconstruct Notre Dame cathedral’s fallen spire.

The 93-metre-high spire, made of wood and clad in lead, became the most potent symbol of the April 2019 blaze when it was seen engulfed in flames, collapsing dramatically into the inferno.

Last July amid a public outcry, French President Emmanuel Macron ended speculation that the 19th century peak designed by Eugène Viollet-le-Duc could be rebuilt in a modern style. He announced it would be rebuilt exactly as it was before. And that began a nationwide tree hunt, culminating in a painstaking selection in January and February of this year.

Some 1000 oaks in more than 200 French forests, both private and public, were chosen to make the frame of the cathedral transept and spire — destined to be admired on the Paris skyline for potentially hundreds of years.

“Given the place occupied by the cathedral in the hearts of the French, in the history of France and the world … we are happy (that) the entire industry — from foresters to sawyers — is mobilised to meet this challenge,” said Michel Druilhe, President of France Bois Foret, a national professional forestry network.

Reconstruction of a 12th-century cathedral such as Notre Dame in wood is a daunting prospect. The inside was such a lattice of beams and supports that it was affectionately called the “forest.”

Calls to reinforce it with fireproof concrete were dismissed, even after such material helped limit the fallout from a blaze in the Gothic Nantes Cathedral last year.

Understandably, the dimensions required for Notre Dame’s anointed timbers are clinically precise: Many trunks have to measure over 1 meter wide and 18 meters long. Eight of the trees — destined for the most monumental part of the spire — were found in the Forest of Berce that once belonged to the Kings of France.

On Tuesday, chainsaw-wielding tree surgeons in Berce scaled the special oaks to fell them in a race against the clock. All 1000 must be “harvested” all around the country by the end of March, otherwise harmful tree sap and moisture could enter the wood fibres. So far, so good.

“We have just measured one, it fits the required criteria in length and diameter. The only thing left to do is make the beam for Notre Dame,” Anthony Jeanneau, ONF Forestry Technician, told AP as trees fell noisily around him. There is in fact one other requirement: patience. The trunks must be left out to dry for up to 18 months.

That fact alone shows why Macron’s pledge to rebuild the cathedral within five years — by 2024 — has been widely dismissed as unrealistic.

Hybrid Harvesters Have Arrived In Russia