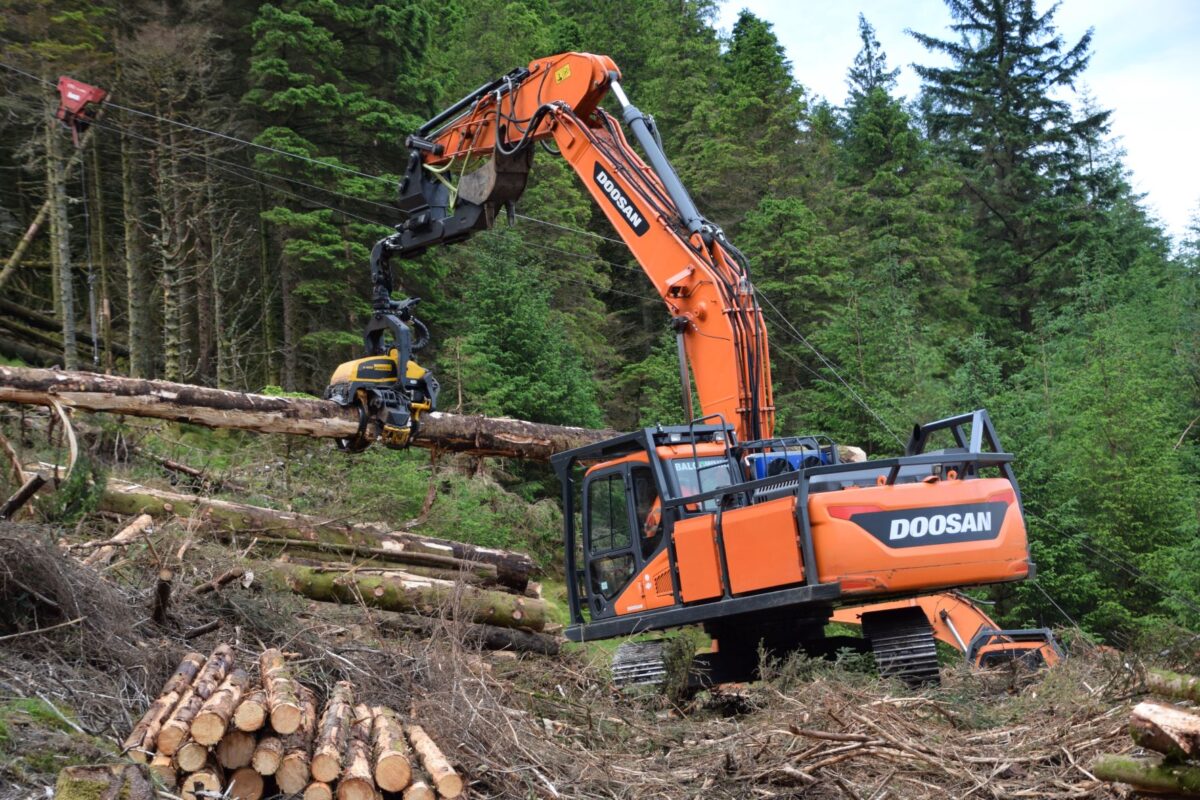 Northern Ireland Minister of State for Land Use and Biodiversity at the Department of Agriculture, Food and the Marine (DAFM), Pippa Hackett, was told that forestry is a dirty word, that jobs are on the line, and that machinery has been repossessed by banks due to the ongoing forestry crisis.

The minister was taking questions at the Joint Oireachtas Committee on Agriculture, Food and the Marine, where the main issues that are currently impacting the sector were discussed.

Such issues related to the number of tree-felling licences granted in Northern Ireland in recent weeks; the low level of afforestation; and the knock-on effects of the forestry crisis in other sectors of the economy, including construction, where a shortage of timber supplies is causing particular strain.

In the midst of a barage of questions to Minister Hackett, independent TD, Michael Fitzmaurice – one of several committee members questioned her and DAFM officials.

“Do you realise that contractors have lost their machinery to the banks; that there are farmers who will never plant again; that forestry is now a dirty word?” Mr Fitzmaurice asked.

The deputy asked if Minister Hackett believed there was a “HR issue between senior management and middle management at the DAFM” and questioned if she might deem her role to become untenable at some point.

Independent TD, Michael Collins said that he was concerned about hundreds of jobs at a sawmill in Cork.

“My serious worry is the 400-500 jobs in west Cork that are on the line here. Workers are on the edge and worried about losing their jobs.”

He questioned the chances of the DAFM fulfilling its forestry licence target of 4,500 by the end of 2021, considering just 1,900 have been issued so far.

Chair of the committee, Jackie Cahill said that there are “huge numbers of people involved in the forestry sector who are under financial pressure through no fault of their own”.

“And there are contractors who have had machines repossessed by banks,” he added.

While acknowledging that improvements need to be made, Minister Hackett defended her position and performance.

Earlier in the meeting, Minister Hackett commended the work carried out by Project Woodland, which, she said is “focused on improving the system by introducing efficiencies and resolving the backlog”.

It has committed, she said, to advance two of several working-group recommendations it has received.

The first involves an independent regulatory and planning review of the licensing system that has already been advertised for tender. The second involves the prioritisation of an “effective and inclusive public consultation on a shared vision for forestry”.

“Our future vision for Northern Ireland forestry must ensure we bring nature and communities with us,” she said. This important work has commenced, and stakeholder and public attitudes to the role of trees, woods and forests in Ireland’s future will be canvassed, through various means and fora, in order to reach a shared vision.”