Leading the way in sustainable transport

The Volvo Group and Daimler Truck AG to lead the development of sustainable transportation by forming joint venture for large-scale production of fuel cells.

Sharing the Green Deal vision of sustainable transport and a carbon neutral Europe by 2050, two leading companies in the commercial vehicle industry, Daimler Truck AG and the Volvo Group, have signed a preliminary non-binding agreement to establish a new joint venture. The intention is to develop, produce and commercialize fuel cell systems for heavy-duty vehicle applications and other use cases. Daimler will consolidate all its current fuel cell activities in the joint venture. The Volvo Group will acquire 50% in the joint venture for the sum of approximately EUR 0.6 billion on a cash and debt free basis.

“Transport and logistics keep the world moving, and the need for transport will continue to grow. Truly CO2-neutral transport can be accomplished through electric drive trains with energy coming either from batteries or by converting hydrogen on board into electricity. For trucks to cope with heavy loads and long distances, fuel cells are one important answer and a technology where Daimler has built up significant expertise through its Mercedes-Benz fuel cell unit over the last two decades. This joint initiative with the Volvo Group is a milestone in bringing fuel cell powered trucks and buses onto our roads,” says Martin Daum, Chairman of the Board of Management Daimler Truck AG and Member of the Board of Management of Daimler AG.

“Electrification of road transport is a key element in delivering the so called Green Deal, a carbon neutral Europe and ultimately a carbon neutral world. Using hydrogen as a carrier of green electricity to power electric trucks in long-haul operations is one important part of the puzzle, and a complement to battery electric vehicles and renewable fuels. Combining the Volvo Group and Daimler’s experience in this area to accelerate the rate of development is good both for our customers and for society as a whole. By forming this joint venture, we are clearly showing that we believe in hydrogen fuel cells for commercial vehicles. But for this vision to become reality, other companies and institutions also need to support and contribute to this development, not least in order to establish the fuel infrastructure needed,” says Martin Lundstedt, Volvo Group President and CEO.

The Volvo Group and Daimler Truck AG will be 50/50 partners in the joint venture, which will operate as an independent and autonomous entity, with Daimler Truck AG and the Volvo Group continuing to be competitors in all other areas of business. Joining forces will decrease development costs for both companies and accelerate the market introduction of fuel cell systems in products used for heavy-duty transport and demanding long-haul applications. In the context of the current economic downturn cooperation has become even more necessary in order to meet the Green Deal objectives within a feasible time-frame.

The common goal is for both companies to offer heavy-duty vehicles with fuel cells for demanding long-haul applications in series production in the second half of the decade. In addition, other automotive and non-automotive use cases are also part of the new joint venture’s scope.

To enable the joint venture, Daimler Trucks is bringing together all group-wide fuel cell activities in a new Daimler Truck fuel cell unit. Part of this bundling of activities is the allocation of the operations of “Mercedes-Benz Fuel Cell GmbH”, which has longstanding experience in the development of fuel cell and hydrogen storage systems for various vehicle applications, to Daimler Truck AG.

The joint venture will include the operations in Nabern/Germany (currently headquarters of the Mercedes-Benz Fuel Cell GmbH) with production facilities in Germany and Canada.

The signed preliminary agreement is non-binding. A final agreement is expected by Q3 and closing before year-end 2020. All potential transactions are subject to examination and approval by the responsible competition authorities.

Facts: Fuel cells and hydrogen as fuel
•  A hydrogen fuel cell converts the chemical energy of the fuel, in this case hydrogen, and oxygen (in the air) into electricity. The electricity powers the electrical motors that propel an electrical vehicle.
•  There are two main ways to produce the hydrogen needed. So-called green hydrogen can be produced locally at the gas station, using electricity to convert water into hydrogen. Blue hydrogen is expected to be produced from natural gas, utilizing carbon capture technology to create a carbon neutral fuel.

The chipper is equipped with a rollerinfeedtable for easy operation and to filter out polluted material like sand, dirt etc.
This ensures longer lifetime of wearparts and knives 👌. Maximum output with the lowest operational costs, that is where Axsel stands for.
Contact us for more info and demo's. 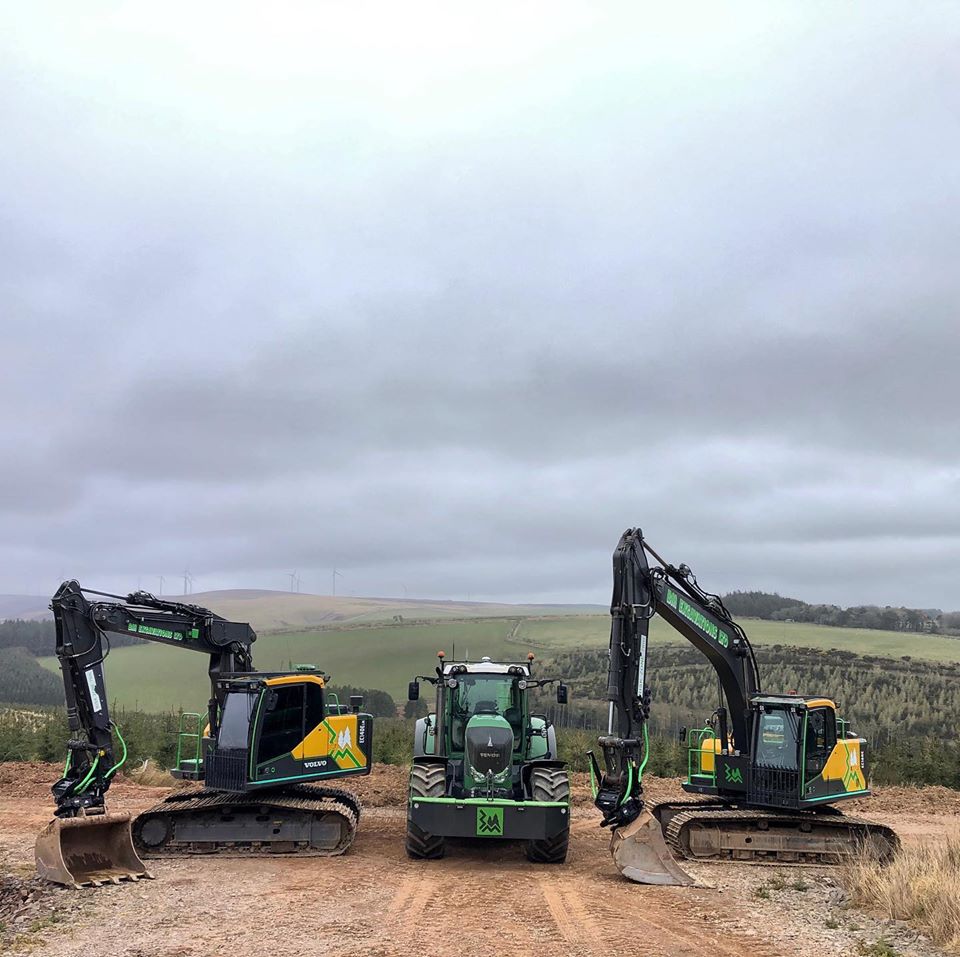