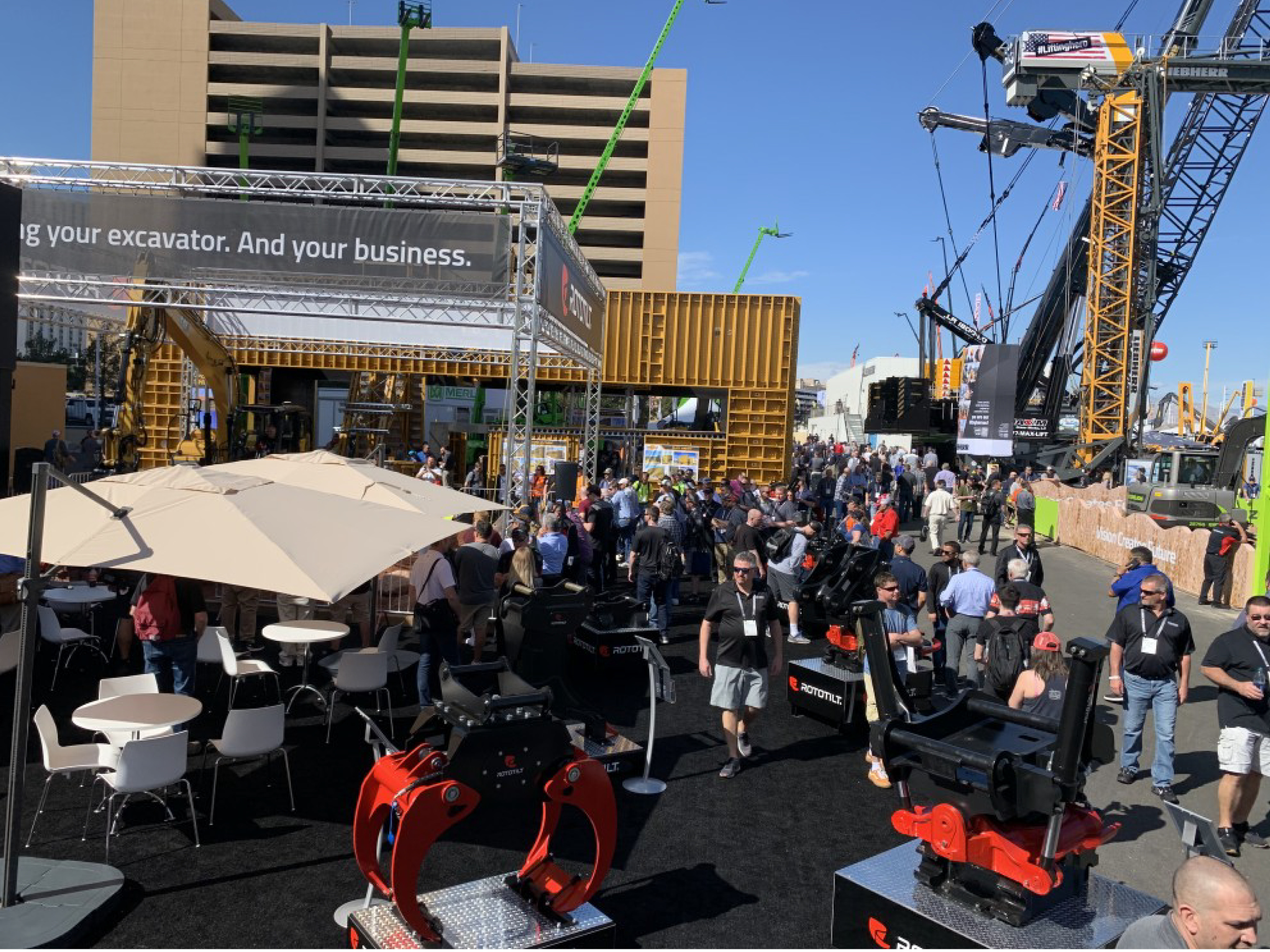 Tiltrotators were a big hit at the CONEXPO construction trade show in Las Vegas. Rototilt was well represented among the machine manufacturers, as well as its own live demonstration. The greatest splash by far was made by the fully automatic quick coupler system Rototilt QuickChange. “It was this year’s biggest attention-getter, no doubt about it,” says Chris Copeland, Country Manager for Rototilt Inc.

Rototilt has been established in North America for over 10 years and is a well-known brand among visitors to CONEXPO. The difference from previous shows is that today most people are aware of the tiltrotator concept. They were asking about how tiltrotators are installed and where they can be purchased, suggesting a greater interest in tiltrotators.

“The QuickChange demo was a huge hit and attracted tremendous attention. “Many were impressed by the flexibility provided by the sandwich solution,” says Chris Copeland, Country Manager for Rototilt Inc. “This can be an important factor in the success of the tiltrotator concept. It was this year’s biggest attention-getter, no doubt about it.”

And interest in tiltrotators could be widely seen among the show’s visitors, retailers and various machine manufacturers. Both at Huddig’s and Mecalac’s booths, visitors could examine complete installations of Rototilt’s products. Cat also took the opportunity to launch factory-installed tiltrotators for their smaller machine models.

“The North American market will really take off after CONEXPO, and it’s truly exciting to see the tremendous interest and the serious requests we’ve received at the show,” says Chris Copeland.