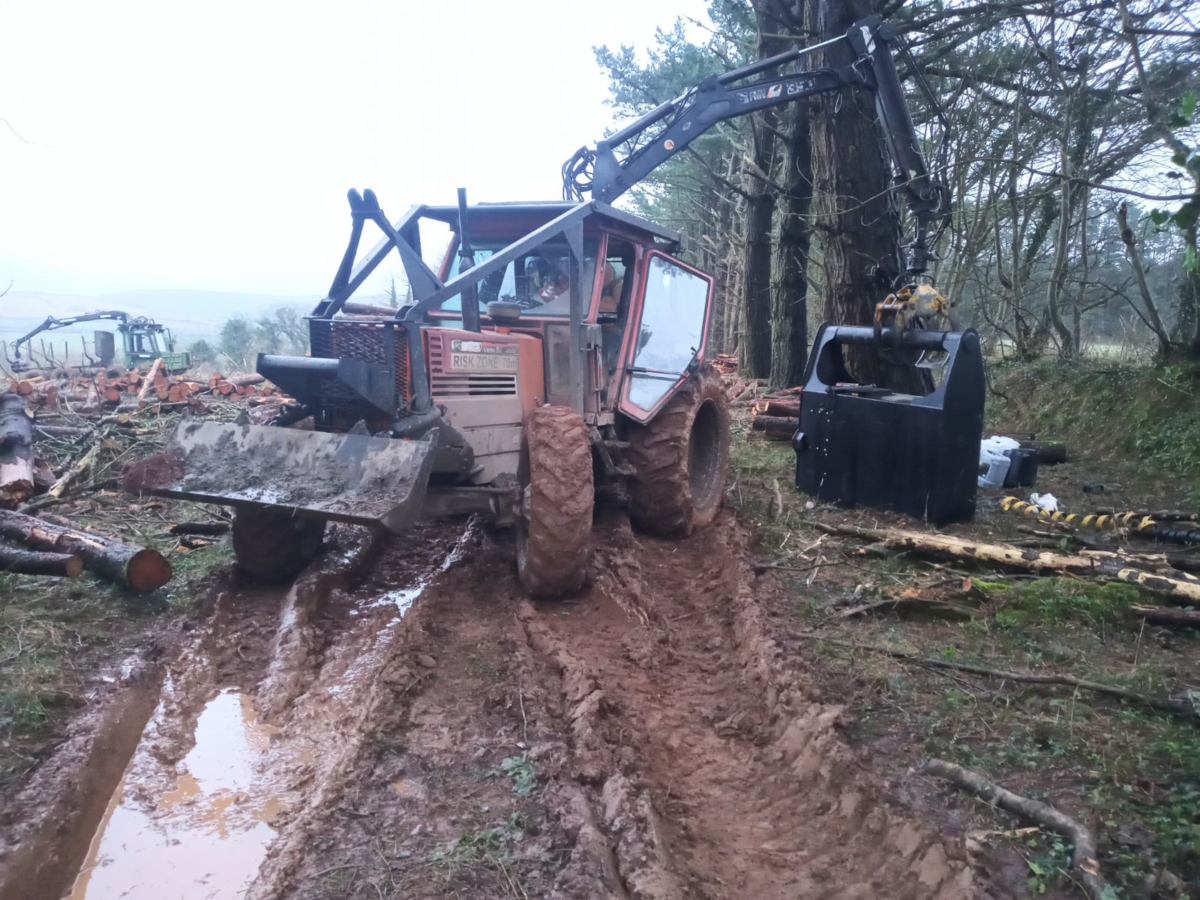 I had meant to draft this brief article a good few months ago but now I find myself ironically afforded the time, following an uncanny mix of events just before Russia invaded Ukraine and all the fuel price wobbles and worries that has brought.

In the southwest we had a tanker unable to dock in Storm Eunice meaning its cargo went up to Bristol instead of Plymouth. Then there was a union strike at Fawley refinery in Southampton. All of which added to the “masses of asses” phenomenon of panic buying and a total stoppage on derv at the forecourt. Which particular temptation arose in order to get to site and carry on working needs little imagination! Even more fateful then, that thanks to geopolitical shocks, oil price has gone up and gasoil price has risen from circa 70ppl to over £1.05 per litre in 3 weeks!

None of these factors are however behind our company’s changing from gasoil to HVO last
September. It took all of one week to “trial” the new fuel and the decision was made never to return to gasoil. This decision was made all the easier by the fact that our fuel supplier –
Heltor seemed to choose fairness over opportunism and priced this mystery product at initially 4ppl more than gasoil.

As time has gone on, this has reduced to a 1-2ppl difference and at last order they were the same. Had the difference between gasoil and HVO been approaching 10ppl we would have to think again. One of the other main suppliers of HVO was selling at almost 20ppl more so obviously, that was not an option.

Curiously, at the same time the government is about to pull the plug on the rebate on red diesel for the non Farming / Forestry / Fisheries and Horticultural sectors, government shows itself clearly more interested in raising tax income rather than encouraging an alternative, namely Hydrotreated Vegetable Oil.

An article in the Farm Machinery Journal actually alerted me to this product. It also talked about GTL (gas-to-liquid) fuel but the non-fossil aspect of HVO interested me more and in the context of tendering, was the winner.

However, it is for practical and technical reasons that we have made the change and those reasons are as follows:
Last September, my harvester computer produced the dreaded message “TMC Alarm 37 – Engine Alarm Class 1 – Fuel Derate”; in other words, fuel starvation and serious lack of engine power. I won’t be the first to have had to deal with “diesel bug” of that, I’m sure.

I would hazard that all of us at some point had been involved with draining tanks, flushing fuel lines, swapping out filters etc. This is the price of running B5 or B7+ biodiesel aka FAME. It attracts water from tank condensation and Mr & Ms Diesel Bug love it and go into reproductive overload. Lucky Buggers! The resulting offspring however is that black slimy sludge that creates havoc in our machinery.

Despite HVO being 100% vegetable oil, the process of hydrotreatment to produce it results in a paraffinic fuel as opposed to an Ester one. Storage and water problems eliminated – just like that. HVO can be stored at minus temperatures for 10 years. Mr & Ms DB are evicted!

However, that is not the only advantage – not by any means. It is also completely non-toxic and odourless – spill it, on the ground or on yourself and you won’t be stinking of that caustic odour all day. On your hands, it has a clean, almost smooth and light feeling. It is sulphur and aromatic free.

It also makes the engine run quieter as it has much higher cetane number than diesel. I can confirm that this is true – combustion knock is that much reduced that you can shout a bit less while working and ‘phoning at the same time!

Additionally, cold starting is much improved – fewer cranks to fire up.

But we’re still not finished with the advantages. We have noticed a slight improvement in fuel consumption so the price difference is covered by that alone. The reduced downtime improvement from storage and filter problems being a thing of the past is a factor here too.

Another massive advantage is the emission profile. Combustion is that much cleaner that whilst greenhouse gases are dramatically reduced, NOx and Particulate are too. So much so that anyone starting a tractor in the shed on HVO will be able to see and breathe!

The much-reduced soot production also means much lower engine oil blow-by contamination and for modern machines – far less DPF clogging. We haven’t extended our oil change intervals but it’s nice to think my engine will last longer as the combustion gases are so much less severe.

Another thing – no engine or fuel system modifications are needed – it is a complete drop-in replacement for gasoil and HVO produces a little more power than derv / gasoil as well.
I have not majored on the environmental benefits here, although they are undeniable. I have discovered the multiple other win-wins with HVO that apply to fuel and engine performance in a forestry environment.

We can report absolutely no problems have occurred since changing to HVO last September.

So, in conclusion, is it a wonderfuel? I certainly think so. I absolutely love it.