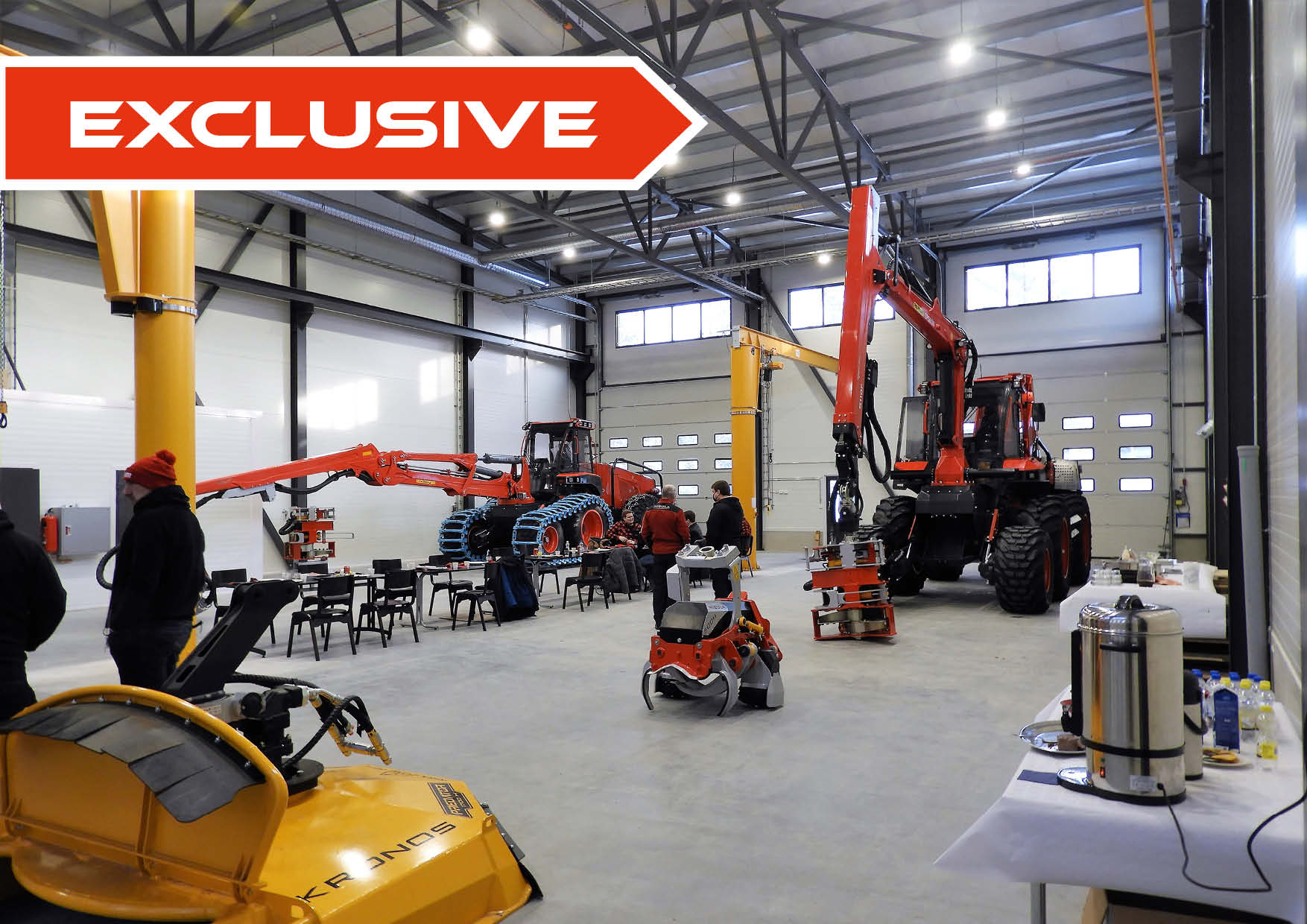 Forest Machine Magazine is the first forestry publication to bring you details of the brand new thinnings harvester from Nisula Oy. We were invited along to the dealers meeting at Nisula’s base in Halli to get a first glimpse and see a working demonstration of this unique harvester prior to its demo tour of Finland.

The Nisula N6 is a minimal impact and highly productive harvester, it weighs under 16 tonnes, is 2.7m wide and comes with 600 tyres. Both models have parallel cranes, the N6 has the 10m P100 crane made by Nisula and the E model has a Palfinger S110F crane.

Although the N6 harvester may look like its predecessor the N5 harvester, that is where similarities end. The harvester has a brand- new cabin design, new frame design, higher ground clearance, and more engine power. This harvester has been developed over the last two and a half years with major input from owners of earlier Nisula models.

After the launch presentation, the demo model, which was equipped with the powerful Nisula 555H harvesting head, was taken out to a nearby forest so we could see just how capable it is. The trees were frozen as it was -20° with a mixture of Scots Pine and Birch and it was impressive in the tight thinnings. This model has a shorter main boom made specifically for Nisula to enhance working close into the harvester, but still offers over 10m reach with the double extending dipper. The Nisula N6 has its own niche in the market, light footed, manoeuvrable, productive, and economical, this harvester could prove to be an extremely popular choice with foresters whose woodlands are approaching maturity for thinning.

The full report on both new harvesters will feature in the April issue of Forest Machine Magazine.