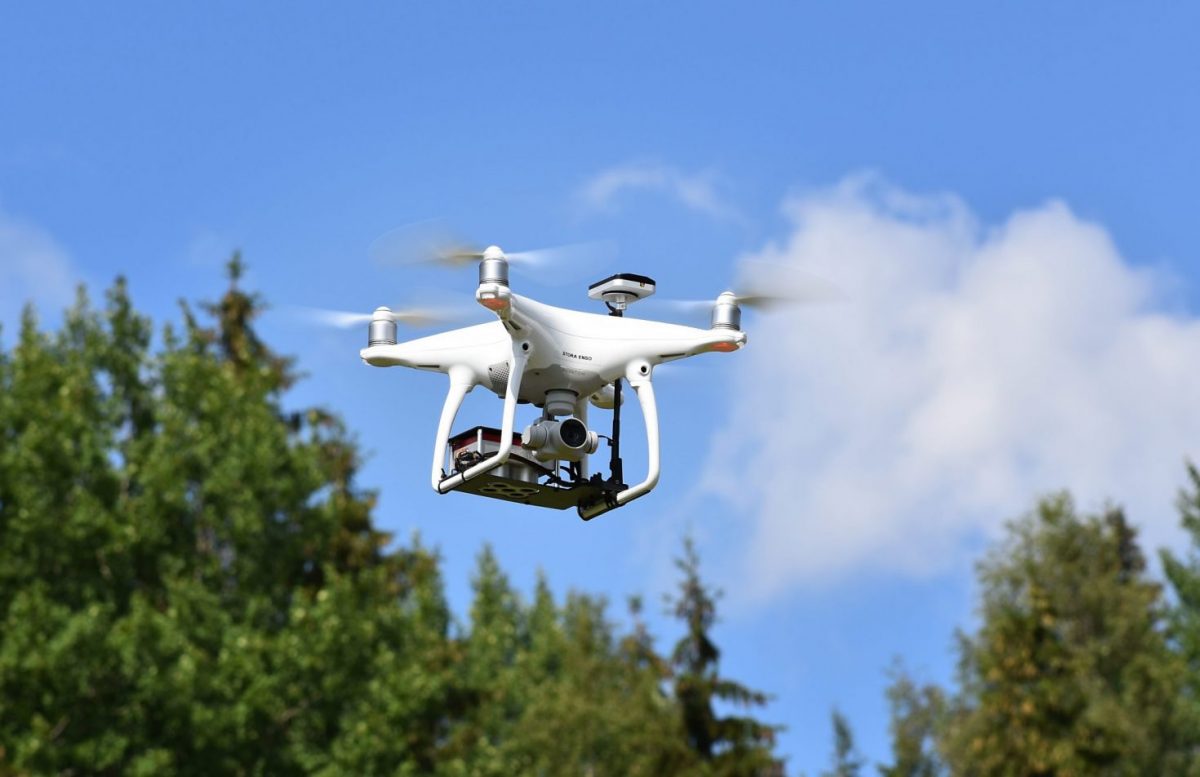 Stora Enso Metsä’s drone survey utilized a miniature helicopter and a multispectral camera to detect printer damage. The image interpretation application was able to identify trees nestled with printer beetles. It is possible to utilize forest health information, for example, in the planning of forest management measures and timely felling.

The printer insect, which nests in spruce in particular, is estimated to become more common in Finland as the climate warms. Stora Enso Metsä’s miniature helicopter, the drone, was able to detect printer exposure much faster and more cleverly than the human eye. Research flights were conducted in Finland in South Karelia in the vicinity of Lappeenranta in the summer of 2019, and the results were recently completed.

– The printer prevents the normal flow of water from the root system to the top of the spruce, which causes the tree to die upright before long. A multispectral camera connected to the drone identified trees whose fluid circulation was disturbed. The exposed trees in the picture appeared different colors than the healthy trees. This enables the observation of printer damage during a large forest area, says Staan Enso Metsä’s forest expert Saana Pulkkinen , who did her dissertation on the research.

– This was still research work and testing, but we can already rely on our image interpretation when it marks someone’s tree as sick. At some points, the application was still cautious in its interpretations, but the situation will improve as we get more data about the forests described. Based on the research results, the health classification of the stand was 86% correct, Pulkkinen states.

In addition to Finnish wood procurement, forest research flights and image interpretation have also been performed at other Stora Enso units in Sweden and the Czech Republic. Health information on thousands of conifers has been accumulated on flights. Stora Enso’s drone pilots have already photographed hundreds of hectares of forest, and more and more forest data is being accumulated. Descriptions are always made with the permission of the forest owner.

– Cooperation between our various units will ultimately also benefit Finnish forest owners. In the first phase, we intend to utilize image interpretation material to locate printer damage, but forest information accumulated from the forest can also be used in forest plans and forest inventories. We will continue development work so that in the future we can provide drone filming as a service to forest owners. Already at the moment, some of our forest experts use the drone in their own work, for example in seedling inspections, says Mika Korvenranta , Stora Enso Metsä’s project manager.