£150 Million Government investment to save the world’s rainforests 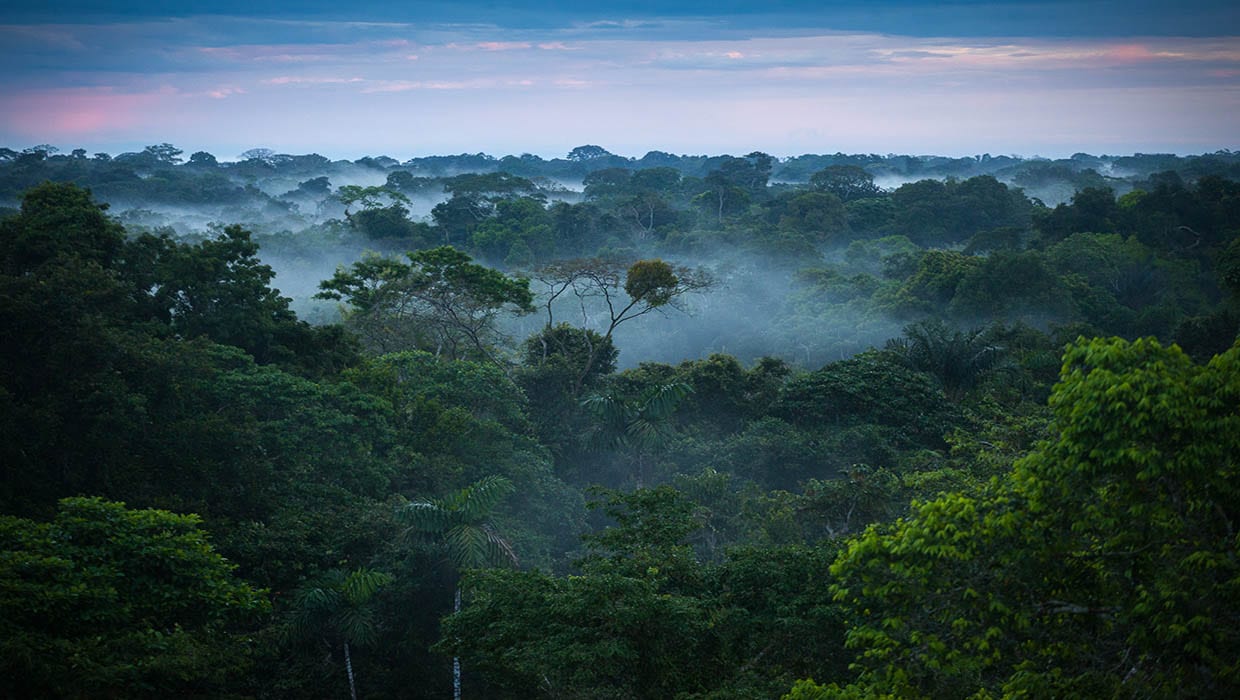 A new multi-million pound fund launched today will help protect rainforests equivalent to an area the size of Wales, cut millions of tonnes of carbon emissions and improve the lives of over 600,000 people in tropical forest communities across Africa, Asia and Latin America.

Through the newly launched Mobilising Finance for Forests Programme, the government will invest £150 million for businesses and investors who support and deliver sustainable land-use projects and protect rainforests regions like the Amazon and Indonesian basins in communities vulnerable to climate change.

This is also expected to attract as much as £850 million private investment, support thousands of green jobs across multiple sectors, such as agriculture, food, and technology in these regions, and is predicted to provide 23% of the reduction in carbon emissions and climate impacts needed over the next decade to meet the goals set in the Paris Agreement.

The projects that could benefit include those that promote transparent supply chains and implement deforestation-free standards, supporting an estimated 600,000 small-scale farmers and food producers to incorporate forest protection into agricultural production.

This funding will help to remove 28 million tonnes of CO2 from the atmosphere, equivalent to the offsetting London’s entire CO2 emissions annually over the next 15 years, through investing in eco-friendly projects like harvesting nuts, seeds, and coffee sustainably, restoring lost forests, diversifying crops to prevent soil erosion, and launching conservation activities – restoring tropical forests as our most effective and natural carbon capture and storage sinks.

Today’s funding forms part of the UK’s existing commitment of £11.6 billion for international climate finance, which includes the Prime Minister’s recent pledge to spend at least £3 billion to protect nature and precious biodiversity over the next five years, of which projects to maintain forests will be a major part.

“The impact of deforestation is devastating – on those vulnerable rainforests communities, and on global efforts to combat climate change.  And the health of the earth’s tropical forests is critical to the health of our planet – we need to do all we can to protect and preserve this vital ecosystem.

“Today’s new fund will ramp up investment in projects on the frontline of this effort, while also giving financial institutions the confidence they need to invest, which could attract and secure as much as £850million from the private sector.”

“Deforestation is not only a major contributor to climate change, it is responsible for catastrophic biodiversity loss and it undermines the livelihoods of many hundreds of millions of people who depend on forests. So the UK is absolutely committed to tackling global deforestation.

“In addition to expanding our own woodlands, we are working internationally to tackle the main drivers of deforestation and protect our vital forests. This funding is a demonstration of our leadership in the run-up to the crucial G7 and COP26 summits. We are clear that there is no pathway to tackling climate change that does not involve the recovery of nature.”

More than a quarter of the world’s population rely on forest resources for their livelihoods, including providing more than 13 million green jobs. rainforests are also habitats for a vast array of plants and animals and safeguard the planet’s resilience to climate change, including storing carbon dioxide in tree trunks, roots and soil. Through unsustainable approaches like deforestation, the world has lost one-third of its forests since the last ice age – an area twice the size of the United States, releasing a predicted one fifth of the world’s greenhouse gas emissions.

By 2030, the global transition to sustainable food and land use will be worth £1.8 trillion annually. This will help 1.5 billion people come out of poverty and feed an additional 2.2 billion by 2050, while protecting valuable natural resources being cleared to make way for grazing animals and to grow crops.

“The world’s forests provide over 1.5 billion people with food and livelihoods and are a vital resource that is disappearing at an alarming rate, and we must do more to protect them.

“Nature and biodiversity is a key campaign of COP26 and action to tackle its loss will be crucial in the fight to address the impact of climate change whilst also supporting sustainable livelihoods. I am pleased the funding announced today will help secure the future for millions of hectares of rainforests across the globe.”

The programme is being delivered in partnership with the Netherlands’ Development Finance Institution, which will aim to co-invest up to £36 million of its own capital in project.

“I welcome the United Kingdom’s announcement of a new £150m facility to Mobilise Finance for Forests.  Our forests are critical in the fight to slow climate change and address biodiversity collapse.  Yet deforestation, predominantly from the expansion of agriculture, is causing the loss of 3.8M hectares per year of pristine rainforest.

“This is an area of tropical rainforest the size of Switzerland that the world is losing. Meeting food security and environmental goals is going to require innovative finance approaches that blend public and private monies. I am excited to see how this new facility can accelerate efforts to stop deforestation.”

“Nature and climate are increasingly being recognised as two sides of the same coin – we can’t solve for one without solving for the other. We welcome the MFF programme, which can play an important catalytic role, helping to crowd-in private capital towards sustainable forest use.

“This kind of program, particularly the inclusion of credit guarantee structures, can be a highly efficient way to de-risk sustainable land use investments, making them attractive to investors whose return appetite would otherwise not be met. This is an important step in scaling up green investment in nature-based solutions to help tackle climate change and deforestation.”

The government’s International Climate Finance (ICF) programme plays a key role in supporting the growth of innovative sustainable farming and forestry businesses globally. In 2019, UK ICF programme helped reduce deforestation levels in Colombia by 19% – a great step towards reducing emissions and protecting the people in forests in one of the most bio-diverse countries in the world.

In February 2021, the UK COP26 Presidency also launched the Forest, Agriculture and Commodity Trade (FACT) Dialogue, which will bring together key countries exporting agricultural products and the countries consuming these products to discuss how to make this process greener and more sustainable. The dialogue will run up to COP26 and beyond.

Through the government’s ICF programme and COP26 presidency, the UK will continue to play a crucial role in addressing the global challenge of climate change internationally in the run up to the COP26 UN Climate Summit in November. Britain is among the largest contributors of public climate finance and the government is committed to providing support which is transparent, transformative and in line with the needs and priorities of developing countries.