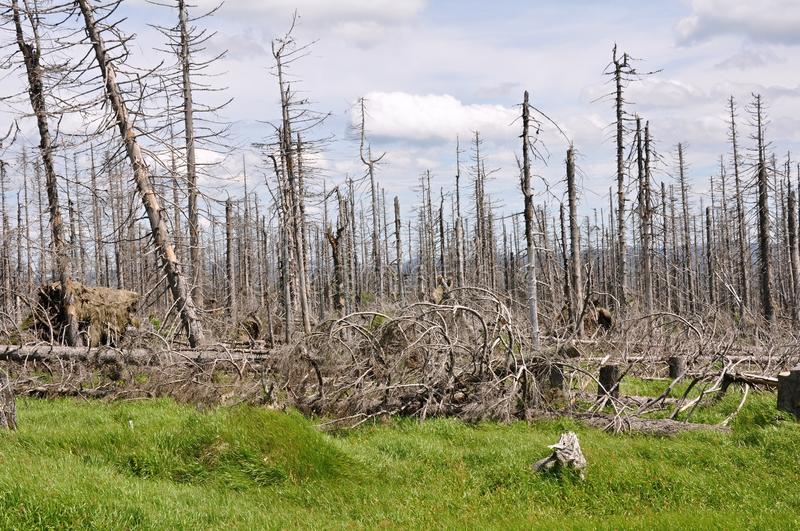 New breeding populations of the eight-toothed spruce bark beetle (Ips typographus) have been discovered in Kent and East Sussex.

Following a finding of the beetle in woodland in Kent in 2018, a demarcated area, enforced by the Plant Health (Ips typographus) (England) Order 2019, remains in place covering parts of Kent and East Sussex. Within this area, additional movement restrictions apply on conifer material capable of spreading the pest. Given the recent findings, the boundary of this demarcated area will be extended to help prevent the accidental movement of this pest.

Several outbreaks of the eight-toothed spruce bark beetle in areas of woodland in Kent and East Sussex have been confirmed. This beetle poses no threat to human health, but can have a serious impact on spruce trees species and the forestry industry.

We are taking swift and robust action to limit the spread of the outbreaks as part of our well-established biosecurity protocol used for tree pests and diseases, and legislation is in place that restricts the movement of spruce trees in the area.

I encourage anyone who suspects a sighting of the bark beetle to report these to the Forestry Commission through the Tree Alert portal.

Enhanced plant health surveillance within the area this year has intercepted a number of bark beetles through the wider environment trapping network, most likely due to natural dispersal of the pest from the continent. As a result, the Forestry Commission and its partners are increasing their surveillance and management activity in the area during the next few weeks.

The beetle does not affect human health but can be a serious and destructive pest of the spruce tree species across Europe, although it generally prefers weakened or damaged trees.

Members of the public can read further information on tree pests and diseases, and how to identify them.

A Selection of Photos From APF 2022