Emergency Crews responding to explosion at paper mill in Maine 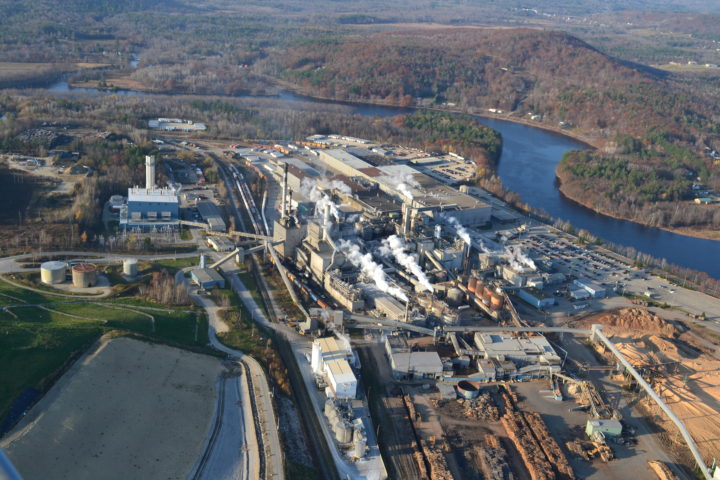 On Wednesday a large explosion severely damaged the Androscoggin Mill in Jay, Maine. It is not yet known what caused the explosion but it occurred at 11:55 a.m., according to a statement from Pennsylvania-based Pixelle Specialty Solutions LLC, which owns the mill.

“The incident released a mixture of wood fiber, water and pulping liquor. At this point we are evaluating potential environmental impact,” Pixelle officials said in the statement.

“It’s nothing short of a miracle,” Androscoggin Mill spokeswoman Roxie Lassetter said, there was no one injured or killed. Some people on site were experiencing respiratory issues after chemically treated pulp rained down on the surrounding area, but they were treated by local medical personnel and released, according to Joel Davis, a sergeant from the State Fire Marshal’s office.

The explosion occurred when “there was an apparent rupture in a pressure vessel” inside the mill’s digester, which is where wood is broken down using water and a chemical to create pulp, Lassetter said. She said it is not immediately clear what caused the malfunction that led to the explosion.

“I am closely monitoring all information concerning the explosion at the Androscoggin Mill in Jay. Officials with the Department of Public Safety are on scene, along with first responders, and more are on the way. I will be in close contact with public safety officials regarding further developments and to direct all necessary State resources.

“I urge Maine people to stay far away from the scene, to stay safe and to allow first responders to work as quickly as they can. I ask the people of Maine to join me in praying for the safety and wellbeing of all those in and around this historic mill. In this already difficult moment, let us summon the strength and resilience which has defined us as Maine people throughout our history and which has sustained us and carried us through our most challenging times.”