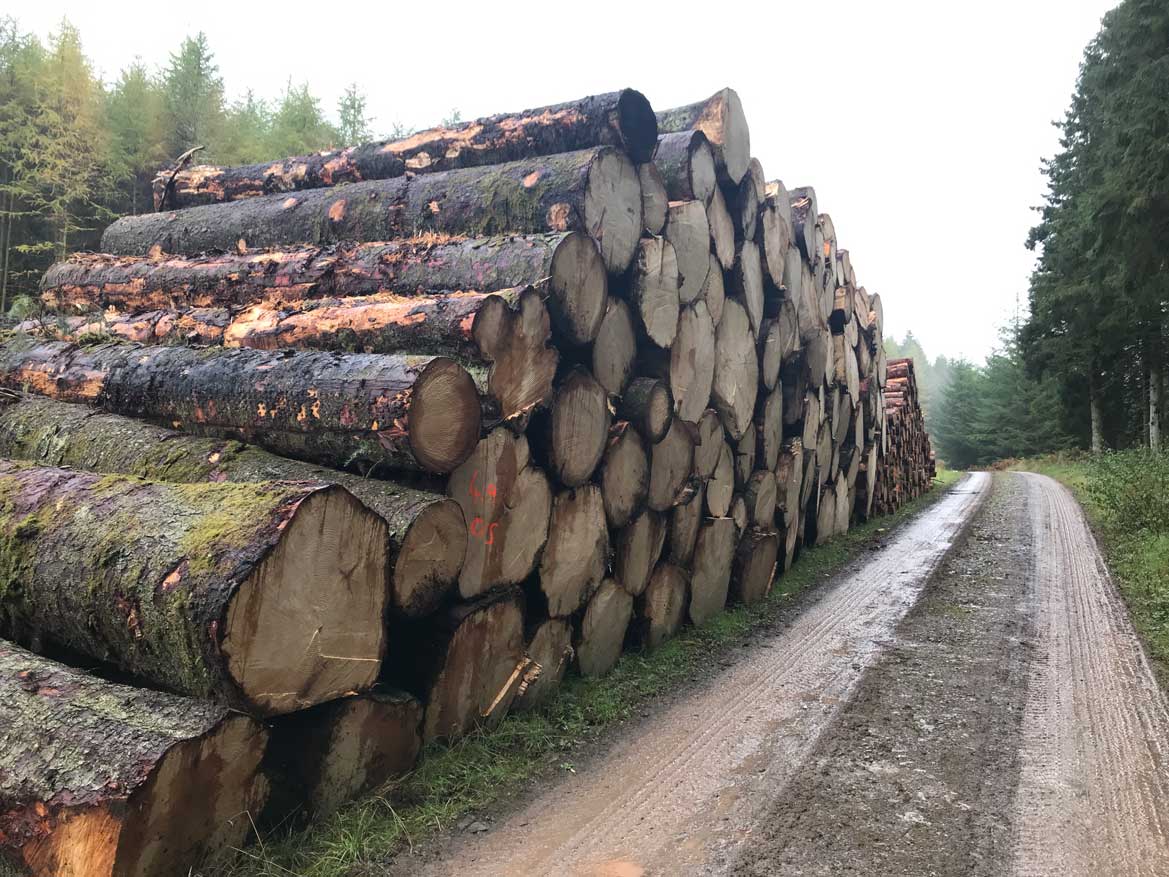 One of main topics of the General Assembly was the country-by-country analysis of the impact that the sudden coronavirus outbreak had on the sawmill businesses. The EOS Members provided an exhaustive overview of the various market segments which depicted a mixed picture and an uncertain outlook for the coming months.
The market discussion was introduced by special guest David Hopkins, Managing Director of the UK Timber Trade Federation. The United Kingdom was, is and will remain a fundamental market for many European sawmills in spite of the structural shocks occurred over the last few years – covid-19 and the lengthy Brexit process. Mr Hopkins has emphasized several features that are characterizing the current market which were echoed by many EOS Members. Most countries in Europe have indeed seen buoyant Do It Yourself markets as people spent much more time at home this year diverting disposable income from entertainment to home improvement. The construction of temporary hospitals and major infrastructure projects added to demand for structural carcassing. The pallets and packaging sectors are also doing well on the back of a strong health and retail sector.
However, in general the coronavirus crisis has taken a heavy toll for many sawmills across Europe. While some forecasts some weeks ago predicted even more painful short-term effects for many businesses, restrictions on international trade and travel, volatile lumber markets, as well as restrictions for the construction sector, trade, and lumber purchasing industries have forced the sawmill industry to reduce its production. While it is difficult to make estimates due to the current high level of uncertainty, it seems that the industry can brace itself for a 10% production slump in 2020, but there are more downside risks than upside risks to this prediction. By-products markets are not doing well either, with chips in particular undergoing a rough patch.
While there have been many things in common across European sawmills over the last three months, there were also significant differences both among and within countries. Northern European countries have been navigating this crisis overall much better than Southern European countries, where the virus hit harder. The reduction of economic activity has been higher in the South. Also, the activity level of sawmills in the hardest-hit countries is now on average slowly coming back to normal, but there are many sawmills still operating at a low activity level. Overall, the softwood sector has been less impacted by the hardwood sector, the latter being more exposed on markets which are comparatively weaker, such as the furniture industry.
When it comes to overseas markets, while volumes and prices dropped significantly, both Asian and the US market are probably doing a bit better than it was expected some weeks ago. A lot of ground

1 To mitigate the legal uncertainty surrounding the organisation of the general meeting, the Belgian government published the Royal Decree n n°4 on the procedure for holding an online general meeting. In line with the disposition of the Royal Decree n°4, the EOS members unanimously declared that they have waived the statutory convocation formalities and the possible nullity claim due to an irregularity in the form. Having reached the unanimous decision, the General Assembly is valid and no nullity claims can be put forward.
has been lost though and many EOS Members signalled low availability and increased freight rates even if the situation seems to be improving over the last few weeks.
Looking at the future, there is huge uncertainty. Whilst in the short-term the construction sector – with significant local differences – has overall held up better than initially feared by many, it seems that this is due to many projects and investments already in the pipeline being completed. In the coming months it is likely that the building sector will be subdued, and this could portend a longer crunch period. The length and intensity of the crisis will be crucial as to the shape of the eventual recovery. If there will not be a second coronavirus outbreak, there is hope for a decent recovery. Such a “V-shaped” outcome is a best-case scenario. Conversely, in case of new lockdowns and a long crisis in the construction sector, many sawmills could go through a challenging period.
While the coronavirus outbreak was the most visible challenge in the last few months, bark-beetle outbreaks which have been ravaging Central Europe over the last couple of years are a continuous concern for the industry. Many sawmills, once again especially in Central Europe, are bracing themselves for high quantities of damaged raw materials even in 2020. The future of spruce stands, in particular, seems especially endangered by climate-related disturbances. In order to tackle this important issue, the European Organisation of the Sawmill Industry has tasked some researchers to come up with an ambitious project, a real-time forest information system – which has already been presented to the European Commission. Such system will provide accurate information to the wood processing industries in the context of a circular and sustainable Green Economy. At the same time, this tool will be beneficial to guarantee healthy and resilient ecosystems.
EOS is glad to report that starting from 2022 the Harmonised System will include codes for structural engineered wood products, such as glulam and cross laminated timber. These high-potential products have become more and more relevant in the market and it is important that their trade will be properly tracked.
Finally, EOS has announced that its Annual Report will be published in October 2020. While the publication is usually presented in June, this year it was decided that to better reflect the impact of covid-19 on the market the Report will be presented in the Autumn. The document will be centred on the impact of the coronavirus outbreak in the sawmill industry.