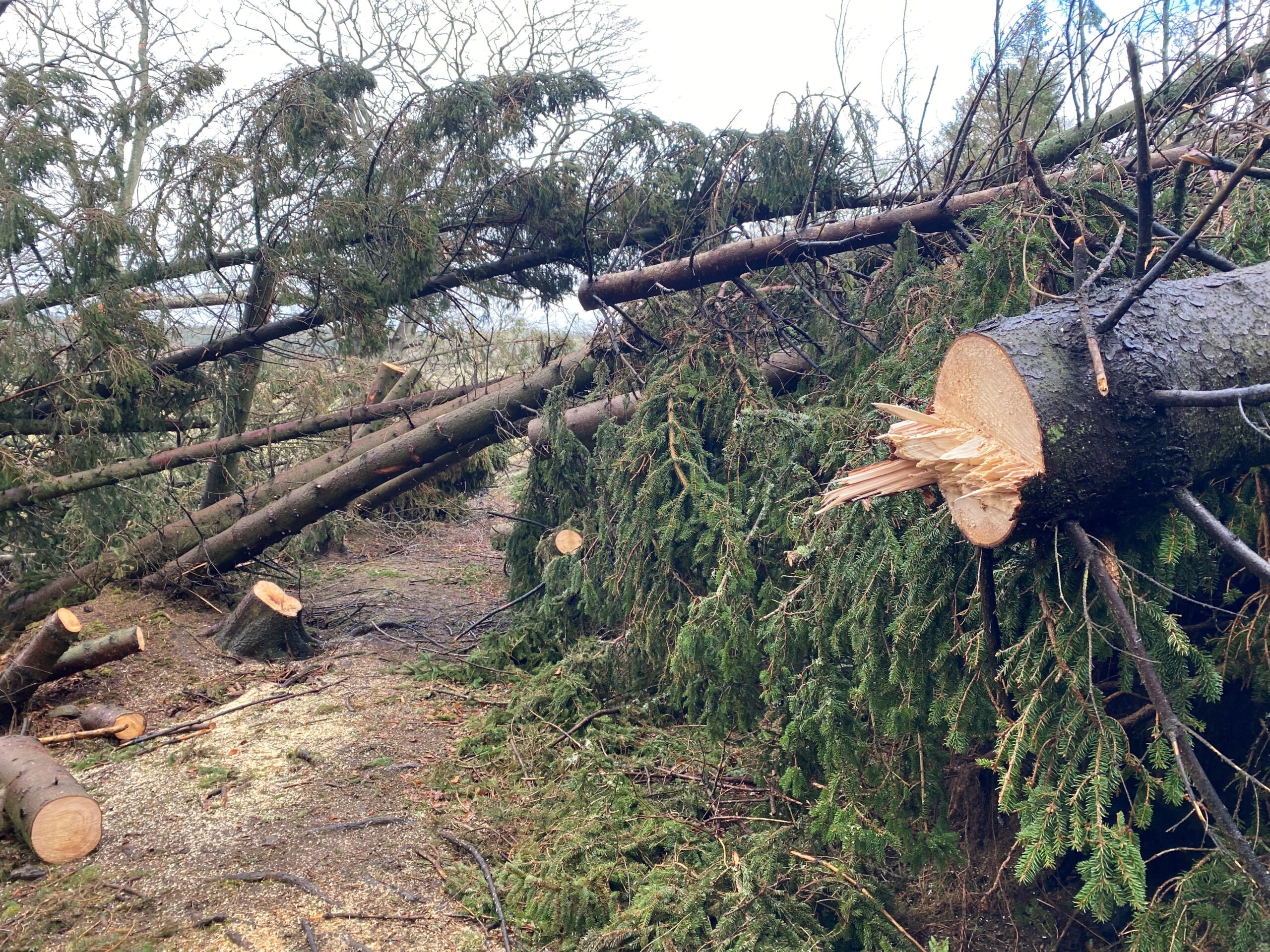 Scottish Forestry and the forestry sector have pulled together “magnificently” to tackle the Felling Permissions that were needed after the winter storms.

Felling Permissions, which are a legal requirement for windblow, have been fast tracked by Scottish Forestry since the storms first hit three months ago.

Working closely with the sector, around 70 per cent of all Felling Permissions have been approved, with around 90% expected to be completed by the end of March.

Fast tracking of Felling Permissions is to end on 1st April.

Doug Howieson, Head of Operational Delivery at Scottish Forestry said that their staff have been heroes throughout this busy period:

“Storm Arwen, and the run of winter storms thereafter, really tested the metal of Scottish Forestry and the forestry sector in Scotland. However, they have both proved that they are more than capable of adapting quickly and responding in a way that many other industries couldn’t match.

“I’m really proud of what Scottish Forestry staff have achieved in supporting the industry. We’ve been under immense pressure but we’ve already approved the vast bulk of Felling Permissions and expect to have approved nearly all of them by the end of this month.

“Staff need to crack on with other important woodland creation plans so we will end fast tracking on 1st April.

“I’d like to thank the industry for their support during the last three months and for their kind words on the achievements our staff have made.”

To date, nearly 5,000 ha worth of applications have been approved. Each Felling Permission has been taking an average time of 16 days to approve – it normally takes up to six weeks.