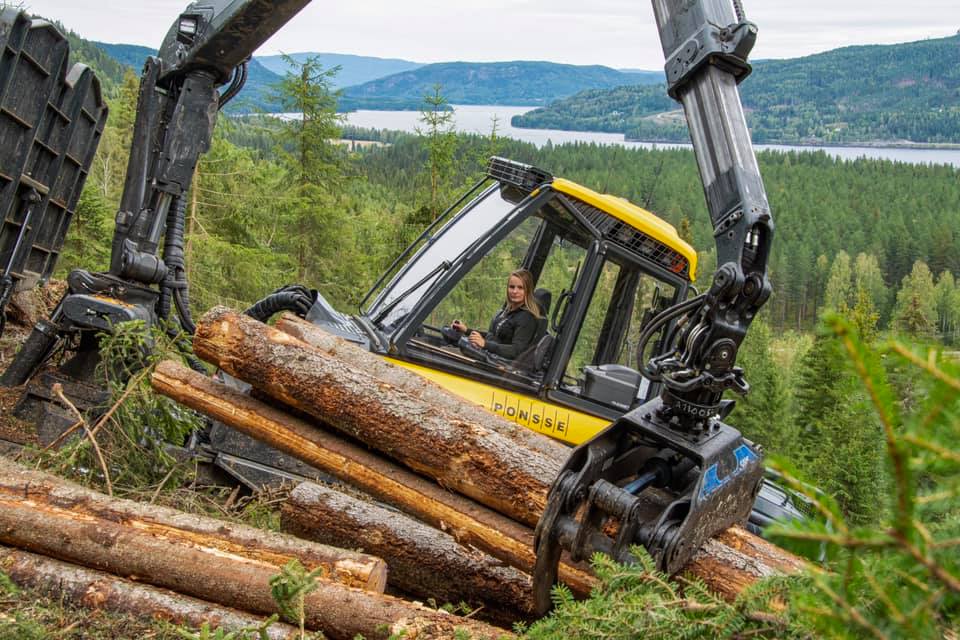 Photo Of Synne Henriksen, harvester and forwarder operator from Norway

The Nordic forest industry is in dire need of labour, while the proportion of female forest workers is minimal. Women are a large untapped resource in Nordic forestry, according to Nordic Forest Research (SNS), which is now launching a report on gender equality in the Nordic forests.

About half of the Nordic forest is today owned by private, small forest owners, the rest by the large forest companies. For private forest owners, gender equality has had a positive trend in recent decades, among other things through changed conditions for succession.

In Sweden and Finland today, about 40% of private forest owners are women, while in Norway the proportion on is 25% and in Denmark only 14%.

The distribution of women and men differs greatly between the Nordic countries, but also within a country and between a country’s different companies, says Birger Vennesland, researcher and project manager for the group that produced the gender equality report.

In Finland, which has the largest proportion of women in forest owners’ organizations, women in one of the associations are in the majority with 64%, while another Finnish association has only 11% women in its activities.

In the Danish Danish Forest Association, no woman is represented at all.

Among Nordic forest workers, there is a very long way to go before an even gender distribution. Despite investments in new technology, the establishment of support networks and various educatoonal initiatives, the proportion of women is still very low or almost non-existent.

With 4% women of about 12,000 drivers, Sweden is the country with the largest proportion of women. Other countries reach just under 2%, says Birger Vennesland.

Changing the working environment and employing more women in top positions are important pieces of the puzzle for more competitive Nordic forestry. Something that should be entirely possible in the future as more and more women choose to study in forest-related occupations.

At Linnaeus University in Sweden and the University of Applied Sciences in Finland, almost half are women with 45% and at Iceland’s Agriculture University of Iceland the proportion is even more equal with 47% women.

In Norway, the proportion of female students is still low with only 15% women at both NMBU and INN, Birger Vennesland says.

So, what does it take to recruit more equally to work in the Nordic forest? Or, perhaps more importantly, how should the forest sector be changed to become an equal and inclusive environment that everyone, regardless of gender, sees as a possible and attractive workplace?

You can download the report here: swedish women foresters report