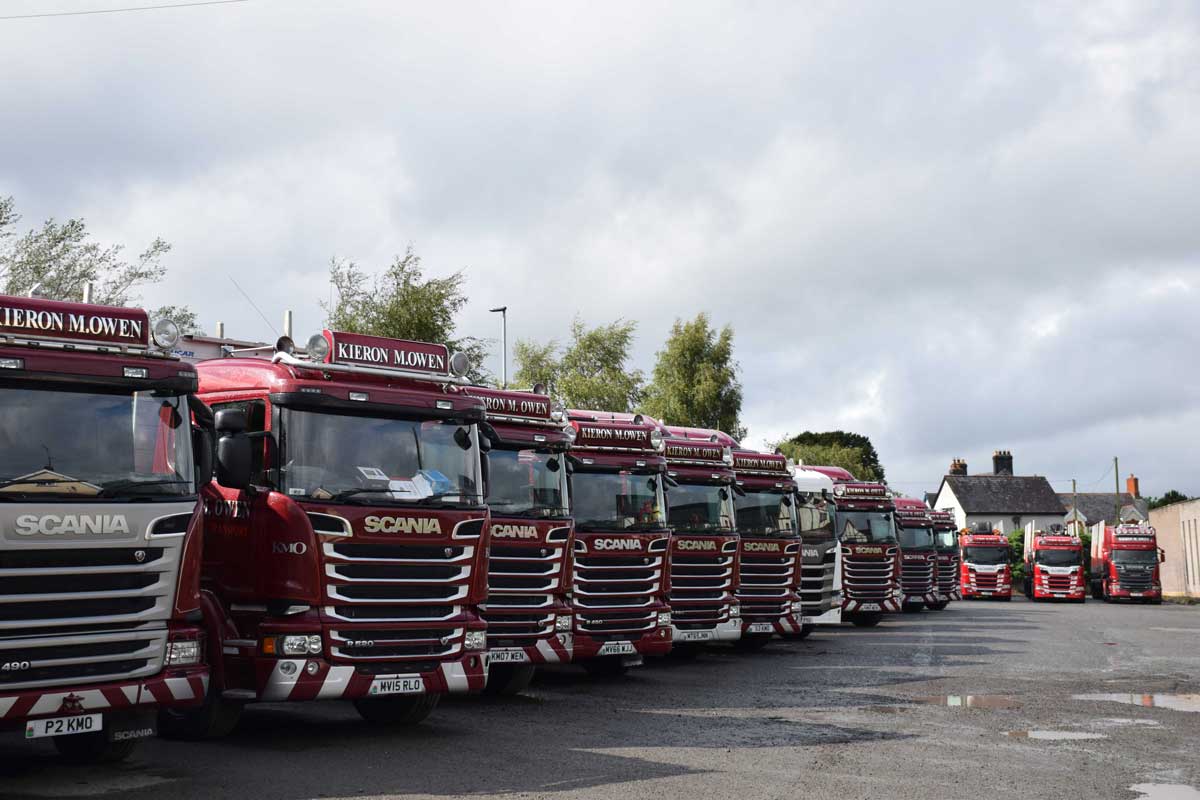 We arrived at Newtown in Mid Wales on Sunday afternoon, and met Paul Williams, who had arranged for us to meet Kieron of Kieron M Owen, Timber Haulage. Sunday was a good photo opportunity, as most of his fleet would be in the yard already washed, lined up and ready for the off the following morning.

Kieron has over 30 tractor units and even more trailers, making him the largest timber haulier in Wales and the fifth-largest in the UK. His fleet comprises 100% Scania, supplied and maintained by West Pennine Trucks in Oswestry. He has an excellent relationship with WPT, who carry out maintenance and repairs at Kieron’s premises on weekends, allowing him to get the maximum working hours from each vehicle. This also saves drivers from having to drop off and pick up their units, which results in non-productive hours.

Entering the yard, I couldn’t help but get excited seeing all the trucks parked: the little boy in me started to come out when I saw all those big red lorries (probably more like burgundy, but close enough for me).

There was a vast array of different configurations of vehicles in front of us: articulated, wagon and drags. There was also the Scania R580 with the Palfinger 260L, which I saw at the APF Show: Kieron uses this for loading flats with his older partner, with the same loader by his side.

Kieron is to be admired for what he has achieved in a relatively short time: he first set out on his own in 1994 as an owner-driver delivering round wood to local sawmills. Occasionally as the workload increased he would put more trucks on the road; but for Kieron, the time never felt quite right to expand significantly, so he was content to continue on a smaller scale.

In 2005 he was trialling loading railway carriages with round wood bound for Kronospan in Chirk, to cut down on road timber haulage, but a major milestone for Kieron came in 2009 when he won the BSW contract to deliver 90,000m³ pa to the sawmill at Newbridge.

Currently, Kieron is responsible for hauling almost 9,000 tonnes of round wood per week into various sawmills in Wales and across the border into England, and he has built up a solid reputation for supplying a good, reliable, professional service.

Hauling timber in Wales is not as straightforward as it seems: access roads to some forests can be very difficult to negotiate, and inaccessible for articulated vehicles. Kieron has some short-wheelbase wagon and drags for these areas; he told me about one such site he is working, on the North Wales coast near Abergwyngregyn. Only short vehicles can access this forest due to narrow lanes; also, a protected tree obstructs part of the road and has to be carefully manoeuvred around.

It was difficult to take in all that was on show in the yard. As Kieron is at the forefront of the latest technology, all the trucks and trailers are fitted with the Central Tyre Inflation System, which controls the air pressure in each tyre.

Lowering the air pressure on forest roads creates a larger area of contact between the tyre and the ground, thus reducing damage to the road and improving manoeuvrability. It has also been proved that this system can greatly extend truck, tyre and drive-train life by significantly reducing vibration and shock loading. Another benefit is that it will maintain the pressure in a tyre that has a slow leak or puncture, allowing operators to drive to the tyre depot, and avoiding expensive call-outs.

Two more trailers that Kieron pointed out were a Tinsley articulated trailer with a rear steer turntable that was operated by the fifth wheel, and a Robinson dolly trailer for tight jobs.

Kieron produces his own drawings for his trailer designs, which are manufactured by Dennison; he can thereby replace some of the steelwork with alloy and increase the payload. All the loaders are made by Palfinger, and bolsters are alloy EXTE 7’s, with every second one being adjustable. I asked Kieron why he preferred the Palfinger loaders, and his reply was ’Because that’s what Peter at Forestry Transport Maintenance supplies’. I take it that Kieron must be pretty happy with the service he gets there.

Another important point to mention is that all the cranes are inspected three times a year instead of the compulsory once; this means he can keep the equipment in excellent mechanical condition and repair, and/or replace parts before any serious expensive damage can occur. All the units are normally replaced every three years.

I thought we were just about finished when Kieron said ’Follow me’, and as we walked round the back of the yard I could see another three Scania trucks parked. The end one was on Dutch plates and left-hand drive: it was a 124C 400 hp six-wheel-drive unit and really ’looked the business’. I have seen one of these working, and it is pretty amazing where they will travel: they are almost a crossover between a forwarder and a truck.

Further down the back of the yard was his low loader trailer: again, this was a pretty unique piece of equipment.

It was an 8’ wide tri-axle trailer with all steering axles, making it manoeuvrable enough to cope with the narrow twisty roads (this avoids having to drive the harvesters and forwarders into the forest, which is both time-consuming and damaging for the machines), and it was fitted with a full autolube system.

The weather was not at its best, with some heavy showers, but we hardly noticed it when there was so much to see. We followed Kieron up to his offices, which are about a mile away from the yard, for a coffee. We discovered another workshop there, with an immaculate 1973 Atkinson on one side and a Massey Ferguson 135 and 178 on the other.

I was feeling a bit guilty, as we had taken up quite a bit of his Sunday, which is probably the only time off he gets; so we thanked Kieron and left. I had to get fuel later that evening, and while at the garage I spotted one of Kieron’s trucks with the low loader behind it. I found out the next day that it was Kieron himself, moving a forwarder for a local contractor who had phoned him after we left. The contractor had just finished off a site, and was hoping to start forwarding the next one the following morning.

Now that is what you call giving your customers 5-star service. 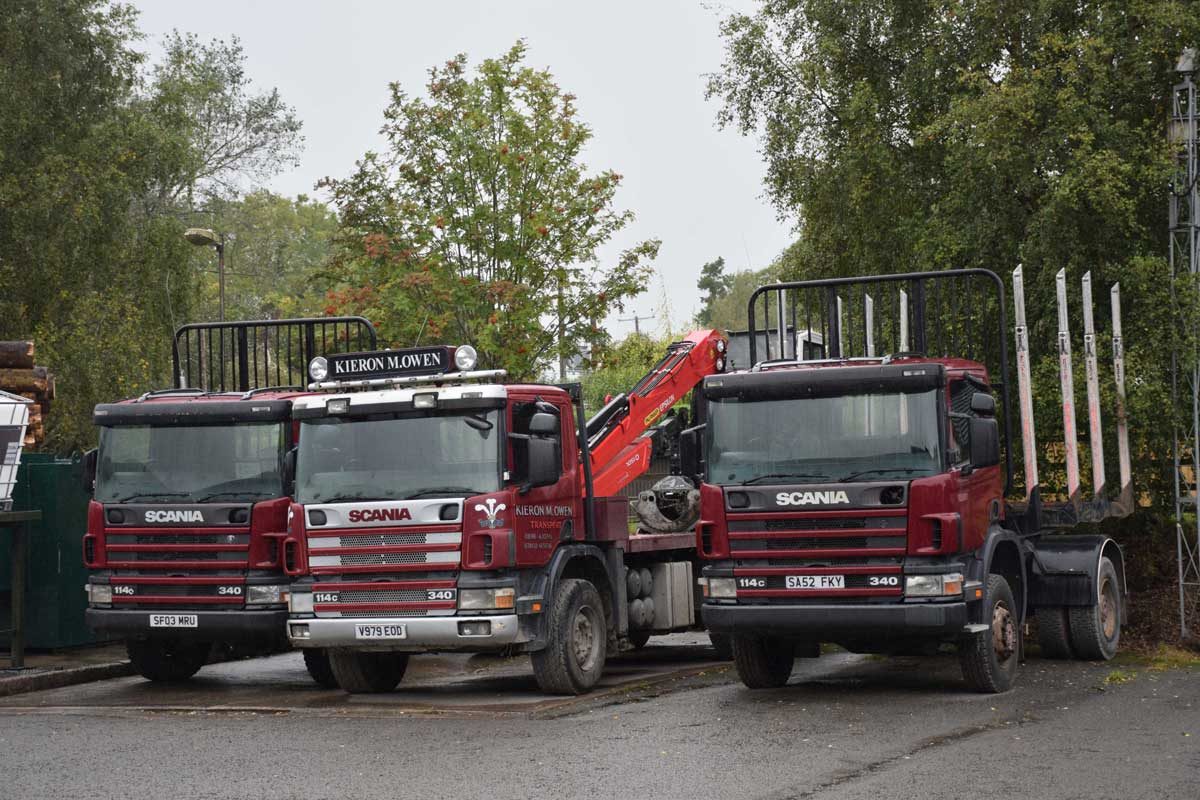 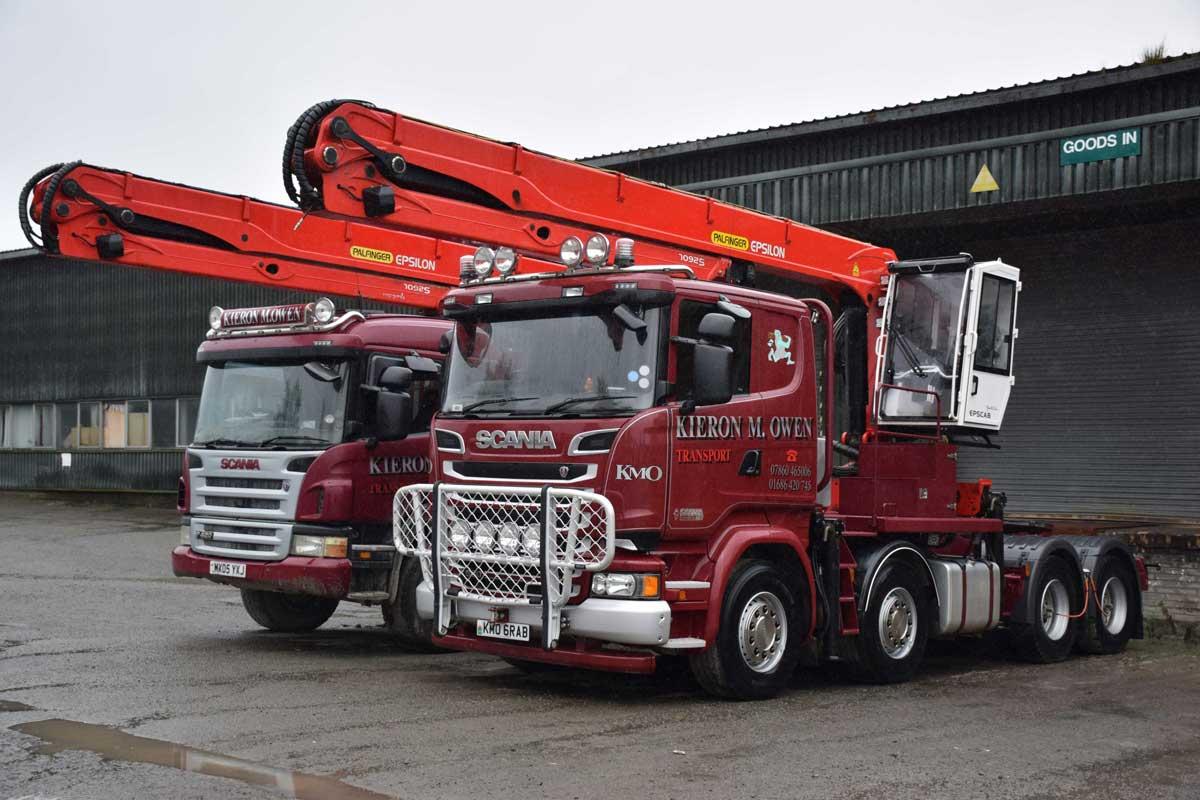 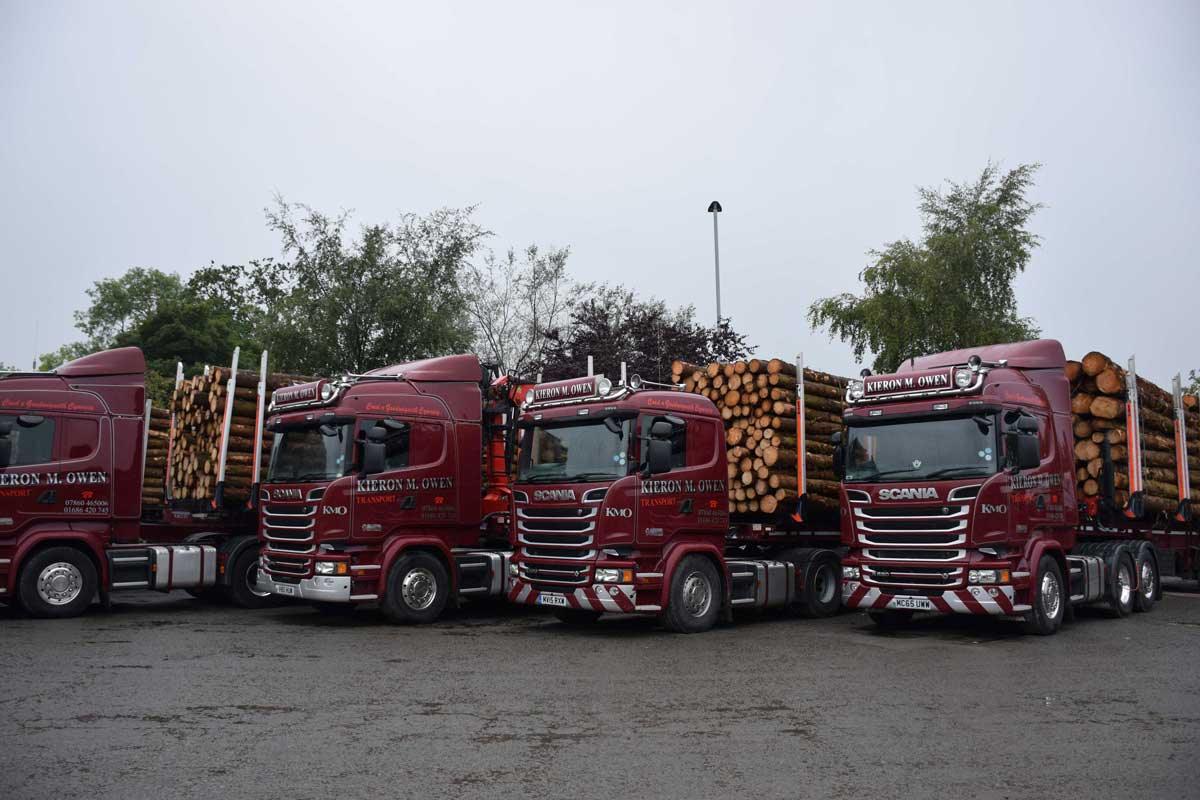 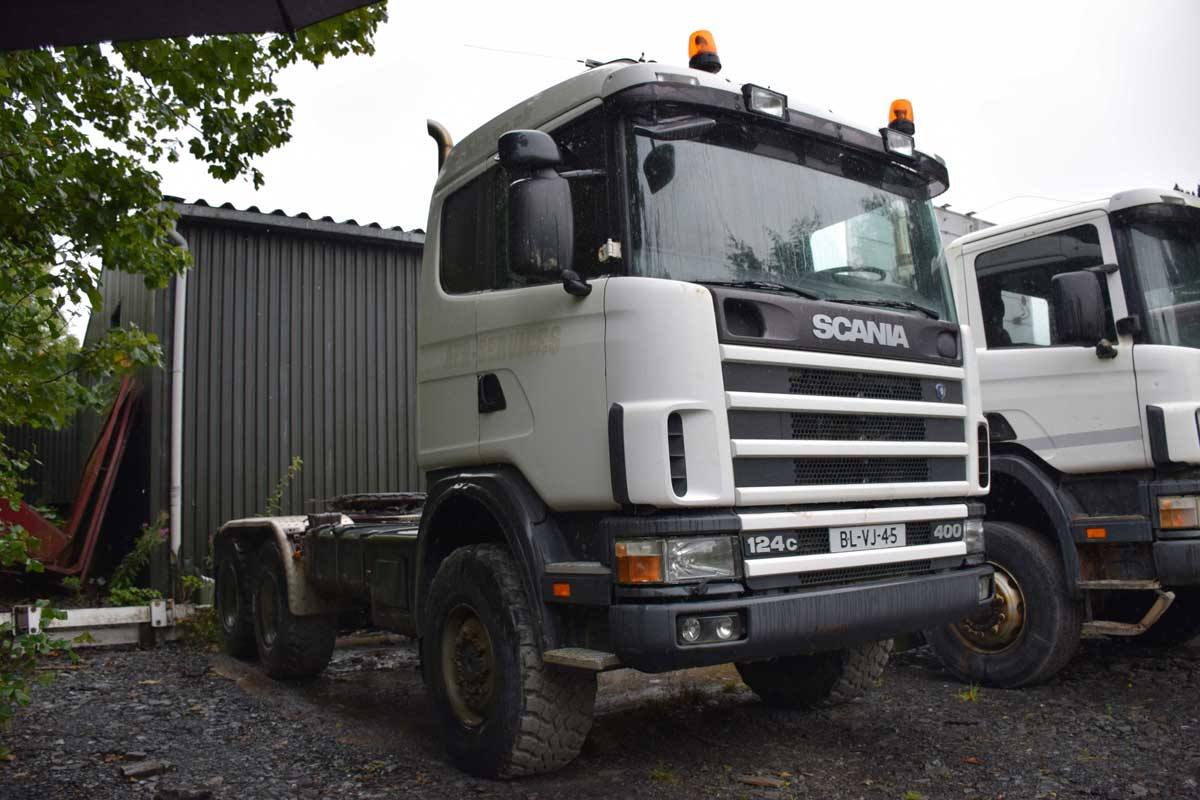 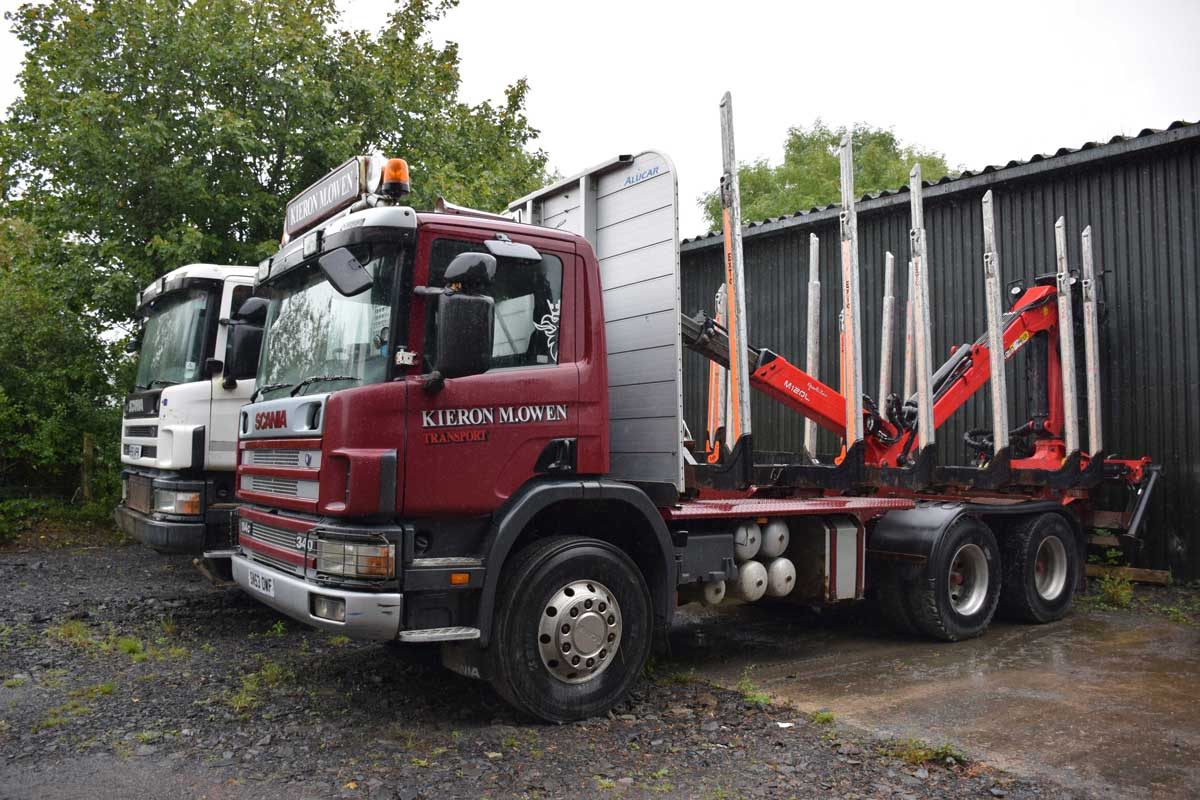 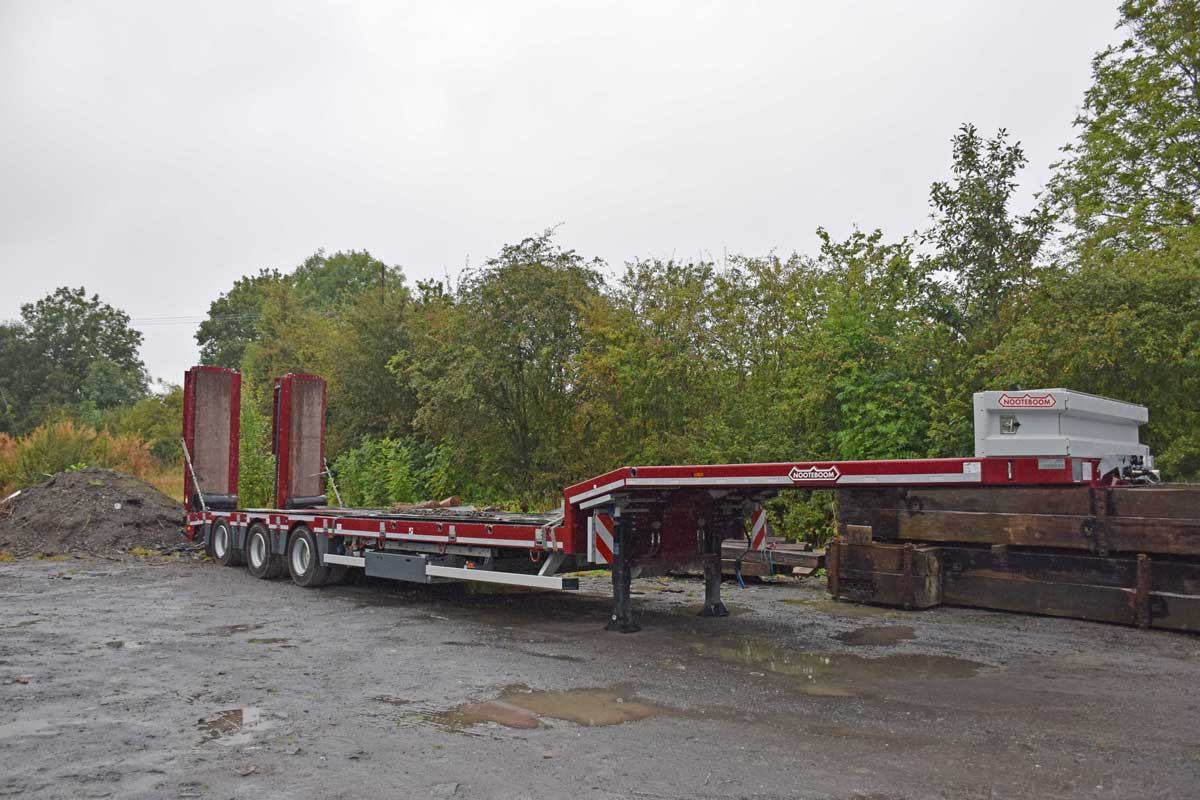 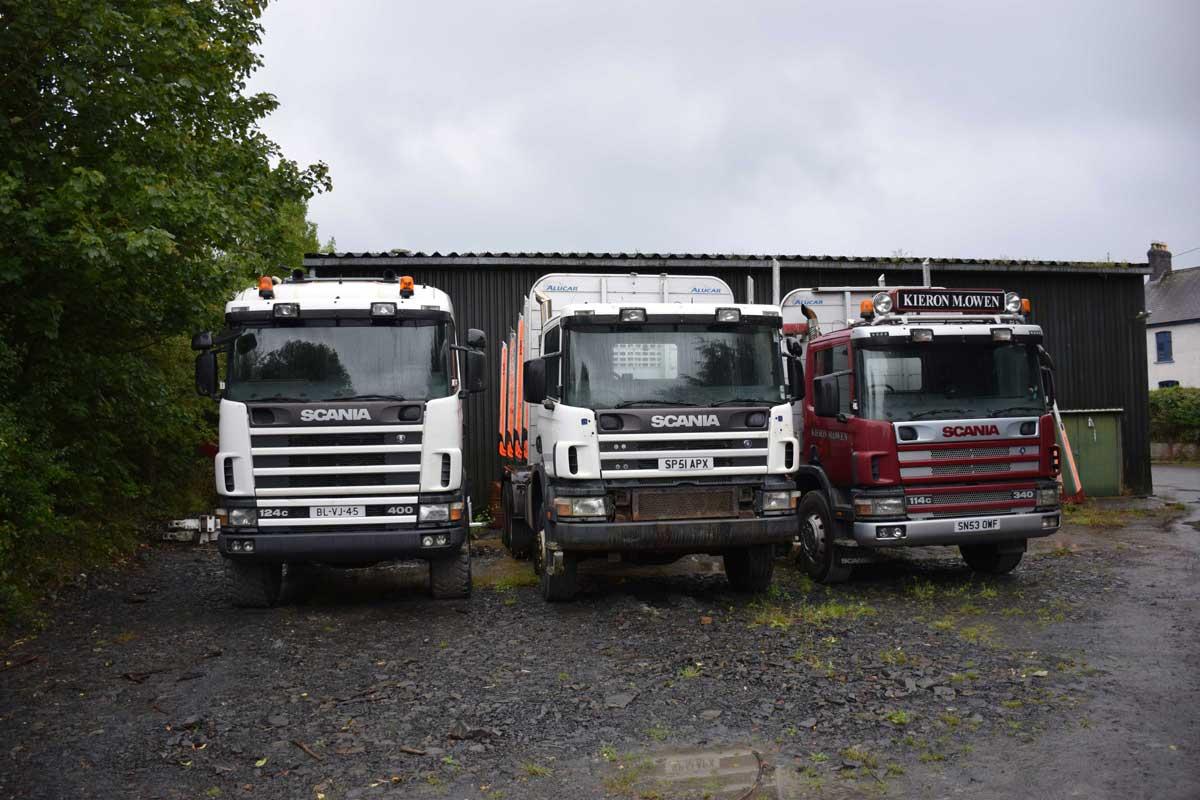 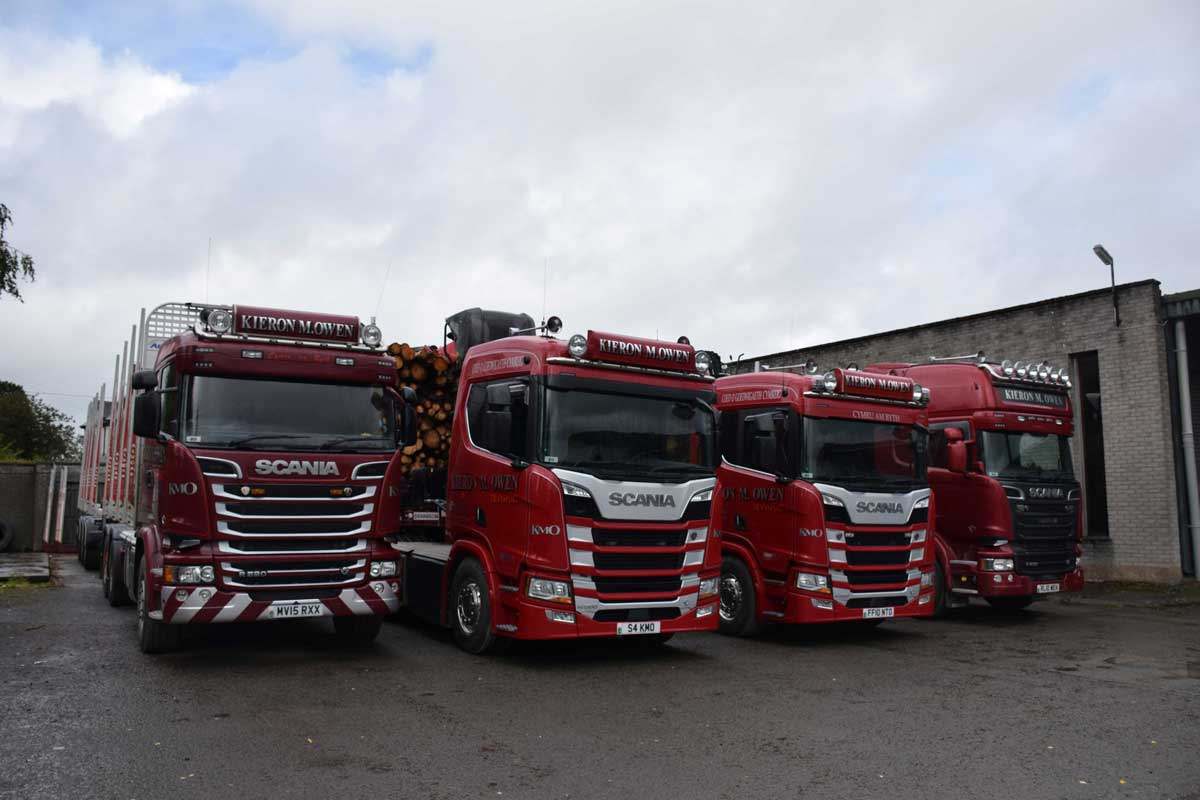 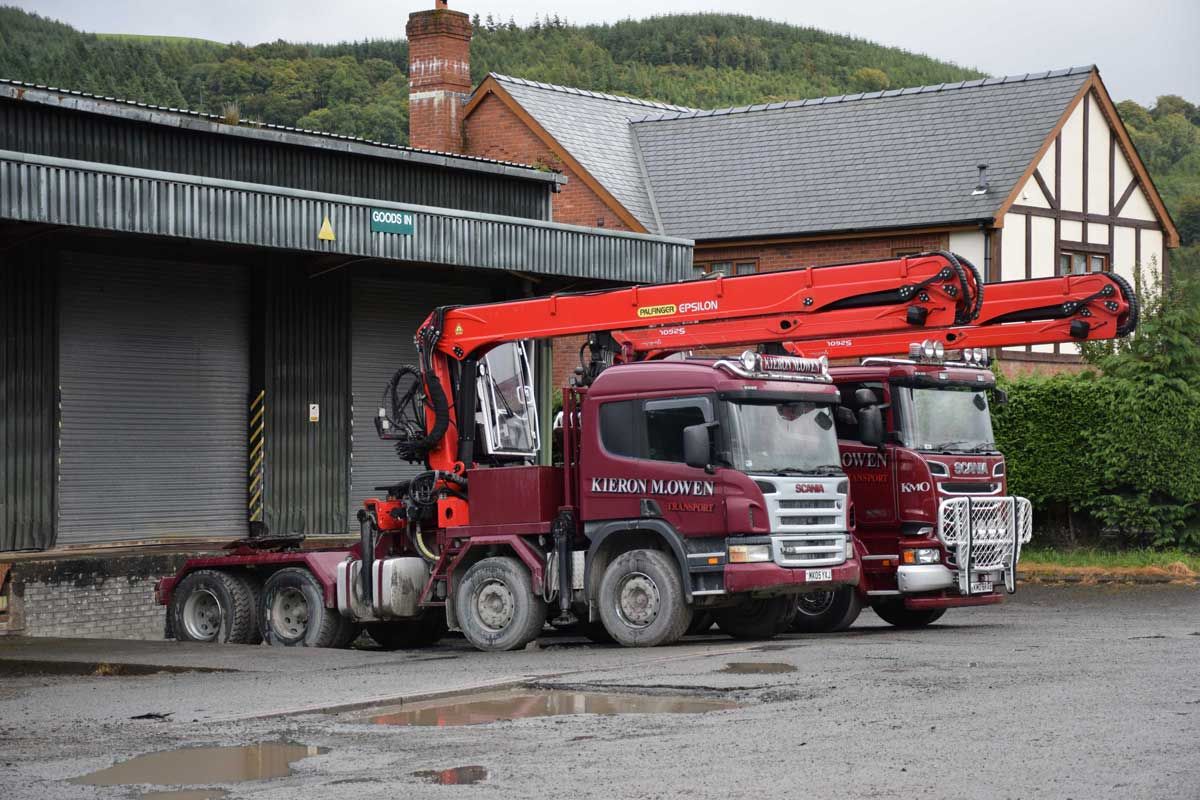 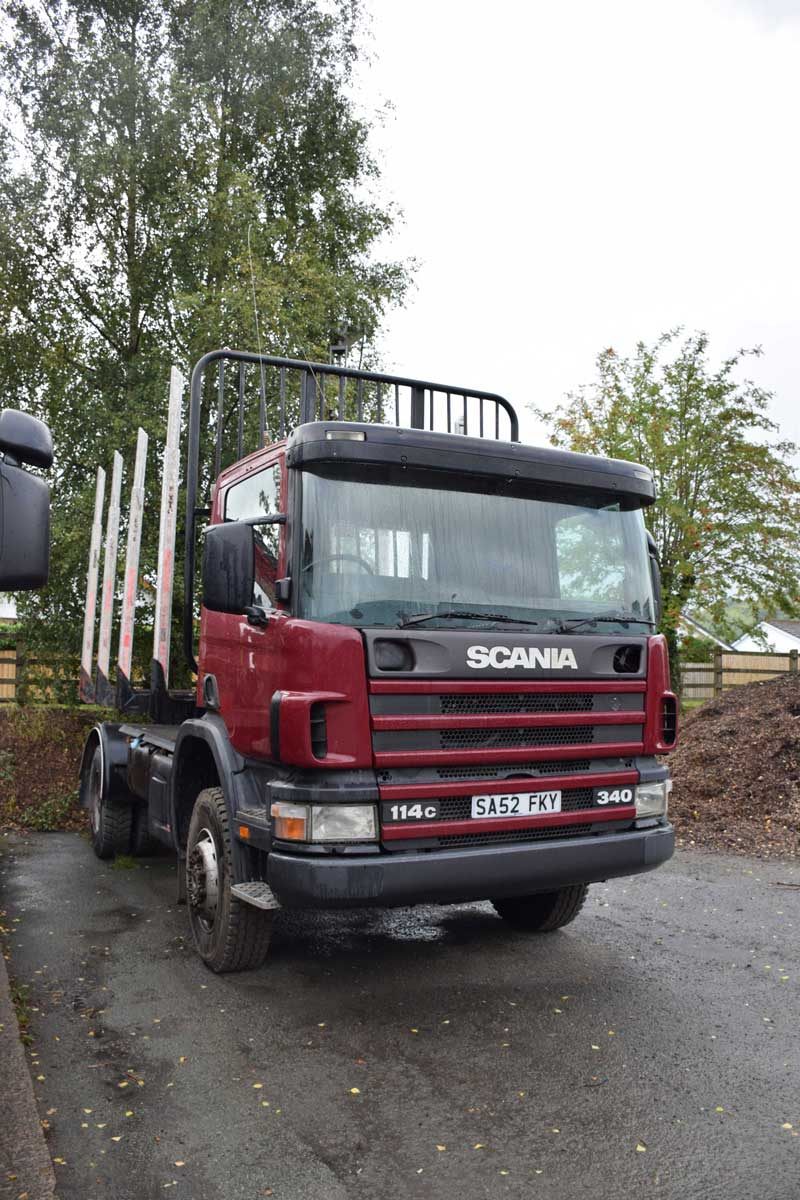 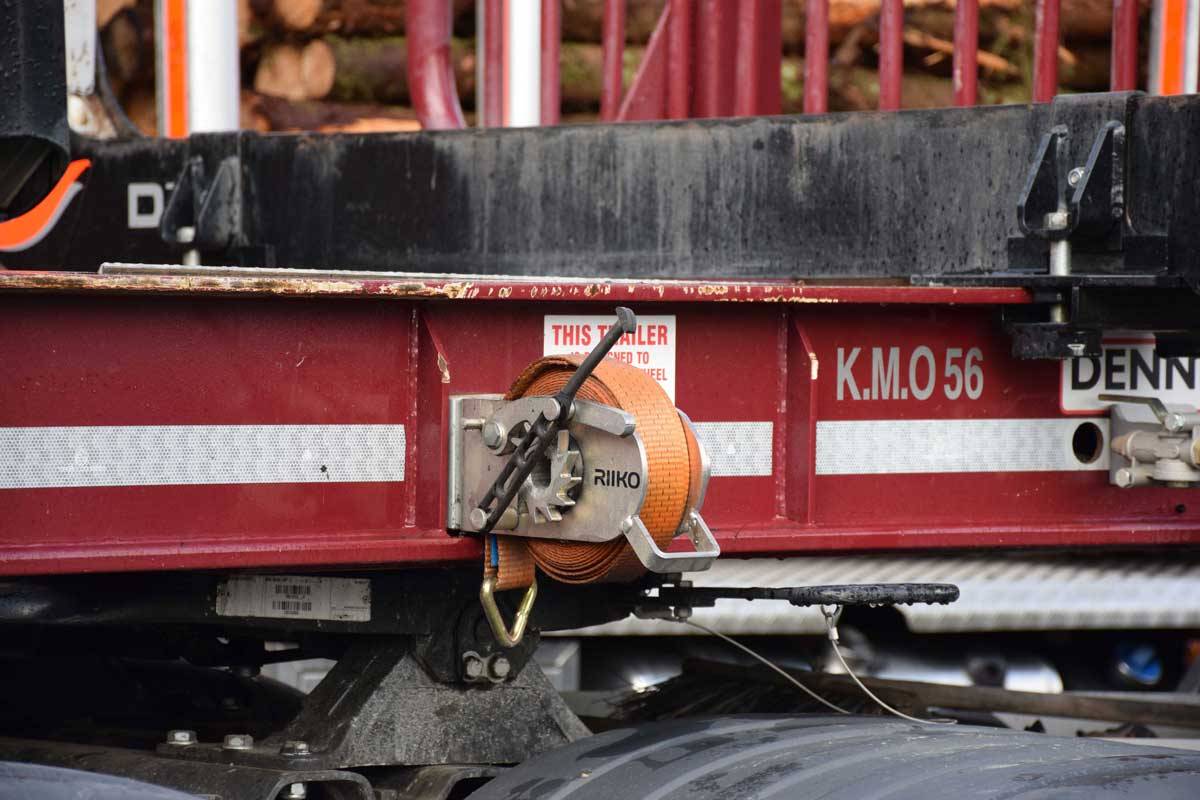 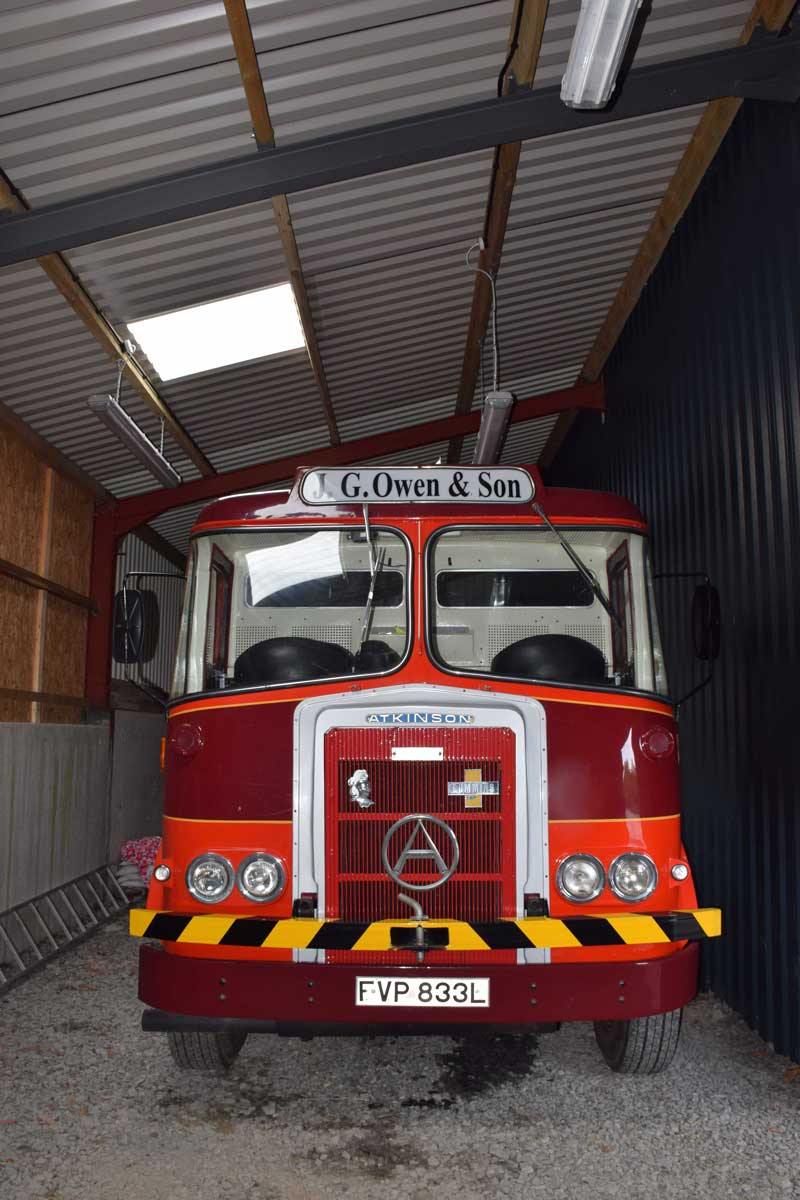 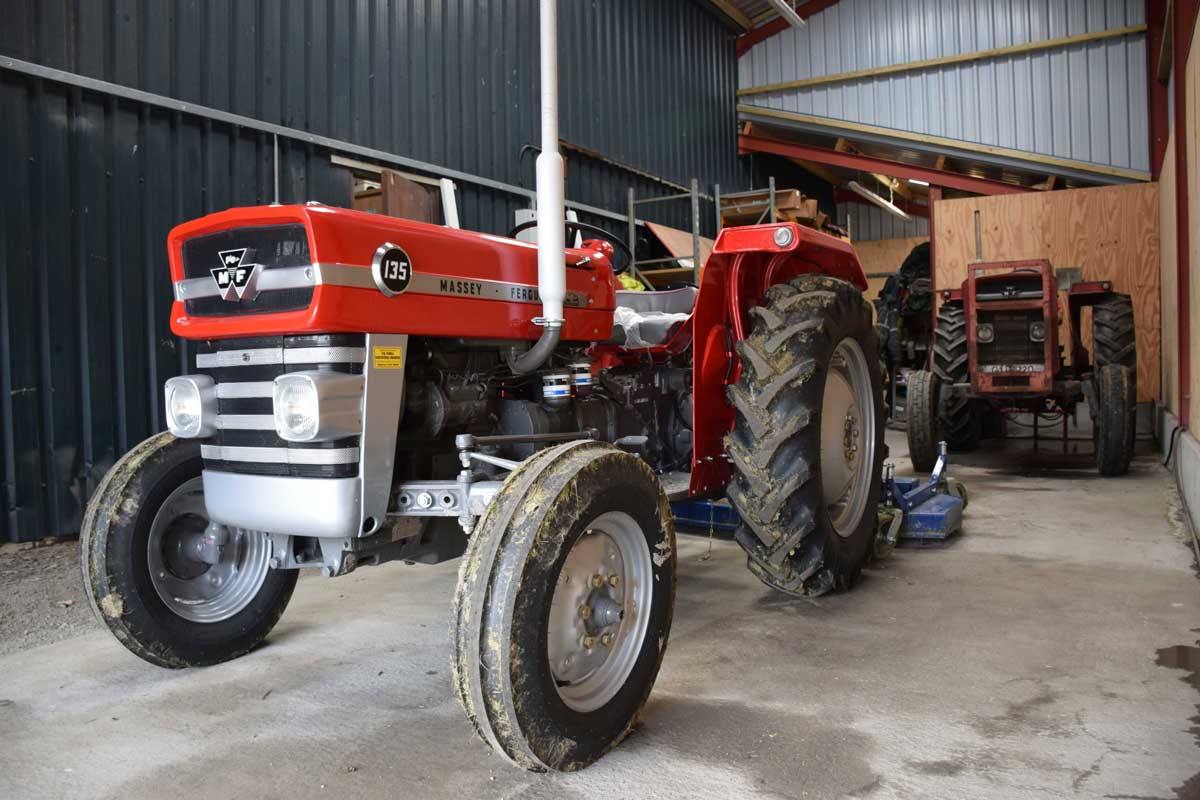 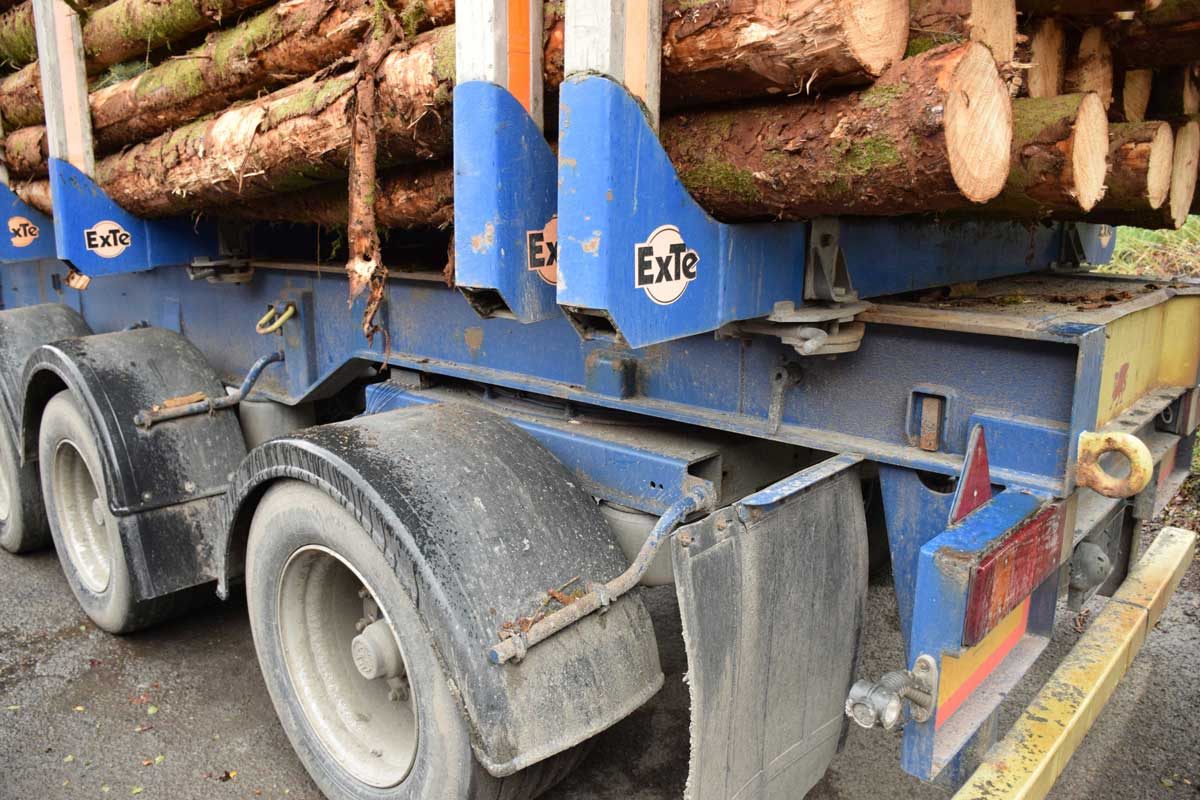 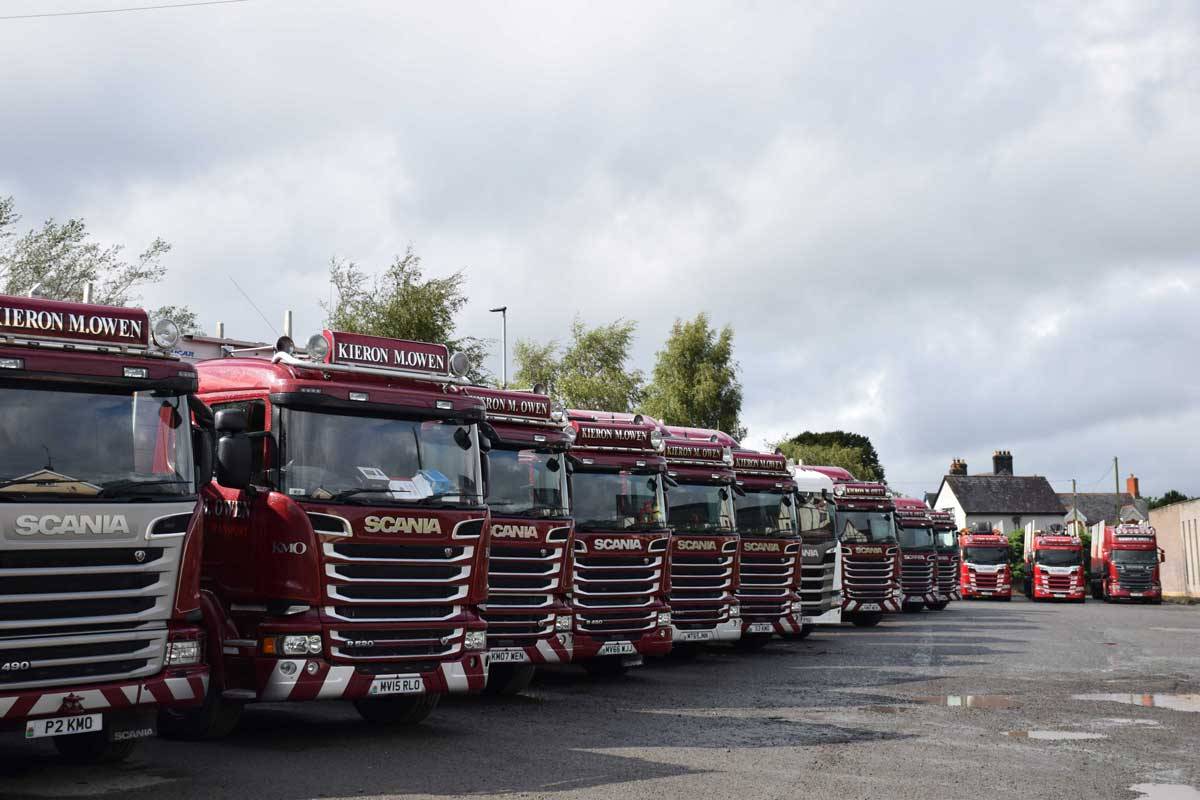