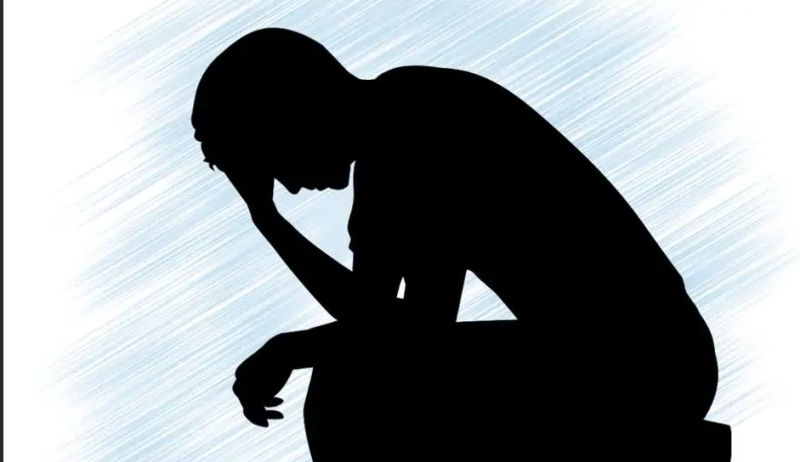 When you can’t see the wood for the trees

Andysmanclub is for any man who is going through a storm, been through a storm or just wants to come along and meet a good group of people with the aim of improving one another or just being there to listen! It has proven to be hugely successful, with guys who have hit rock bottom overcoming personal obstacles and becoming support anchors for others in a similar position.

We are a talking group, a place for men to come together in a safe environment to talk about issues/problems, anything! They have faced or are currently facing. The benefit is there are other men who have been in similar situations and can help you with advice on how they have dealt with the situation.

Andy Roberts was a loving and doting father, son, brother, grandson, nephew, cousin and friend. He was a great footballer and loved playing with his friends on a weekend. He was an all-round top guy, one of the truly nicest people I have had the pleasure of meeting. As a youngster he was known to have frequent run-ins with the law but as an adult this had changed. He had become this polite, caring, funny young man with a whole life ahead of him. The way he had changed his life round was staggering to see and an absolute pleasure. His love for his daughter was inspirational to see and the way he looked at her and idolized her was a blessing. Sadly and tragically without any warning Andrew was taken away from all his family and friends by suicide.

“We provide peer to peer support groups every Monday 7 to 9pm at 28 locations across the UK, where guys come together and laugh and share over a brew,” said Alex McClintock, of Andymansclub.

“Even through Covid 19 we are continuing to support men online every Monday and have even started a ‘Newbies” group for men who want to attend for the 1st time. We challenge the stigmas surrounding men’s mental health on a daily basis proving that #itsokaytotalk and it takes a bigger man to open up, share their thoughts and show emotion.

If you or anyone you know may feel that they might benefit from attending Andy’s Man Club then please contact us at info@andysmanclub.co.uk for more information”.

“It is so important to realise that mental health affects everyone. We need to get rid of the stigma that it is a so-called weakness, as more understanding and awareness is the key to helping. You have to be strong to come out and talk about it. Medicine has its place but you need to talk about how you are feeling” says Colin McNicol, who has benefited from help from Andymansclub after he was admitted to Murray Royal Hospital in 2016 after trying to take his own life.

“I had been feeling ill for years. I felt like I was waking up with a hangover every morning without the alcohol. I was completely drained of energy and feelings and, at worst, some days I couldn’t even get out of bed. I felt like an empty vessel”.

After reading our feature on mental health in the June issue of FMM, Colin reached out to tell his story about his mental health and attempt at suicide in the hope that it would help others.

“I was diagnosed with major depression disorder (MDD) after being admitted to Murray Royal hospital after trying to take my own life. A coupleof days before the doctor had put me on anti depressants. I was a big hardy timber contractor and thought that nothing bothered me, just like many other men, but it robbed me of my energy, motivation and feelings. I was numb – it imprisoned me in my own flat. It seems I had been suffering with MDD for a number of years without knowing it”.

“I lost my business in 2003 that had taken thirty years to build with an £80 loan that I got from my father in law to buy my first chainsaw. It was the most updated company in my area and at the height of my success the business was turning over just under a million pound. I was never a high flier just an ordinary guy who loved to work”.

“I was the first to go over as the timber trade in the UK was quite quiet. French landowners were overjoyed to see us; we were met with wine and whisky which was thrown in the back of the Jeep for later. We even had a television crew out filming the machines as they had never seen machines like them.”

All went brilliant in the beginning and then the problems started, unfortunately for legal reasons I cannot mention here what happened as this dispute is still on-going. Not only did I lose a total of £100,000.00 in France but I lost my home, my partner, my pension and my will to live. I was so much in debt I had people who I had traded with for so many years banging on my door demanding money I didn’t have. I think that was the first time I thought suicide was the only way out”.

As events escalated I decided taking my own life was the only way to get rid of the pain I was in and in a way I am grateful it didn’t work out. I ended up in hospital for three days then Murray Royal for four weeks and I came out a different man. I was diagnosed with MDD and admitted to myself that I had an illness”.

Colin is delighted to be working part time again, and is keen to help more people who are currently feeling the same way he did.

“I had always been up at dawn and loved my job, so I knew that when I was losing interest in my work as well as my hobbies I had a problem. I visited my GP four or five times and they ran all sorts of blood tests but nothing showed up, so they ended up giving me anti-depressants. The thing with mental health is that you can’t see it. If it was a broken leg, you would see it and realise you have a problem. People with mental health problems aren’t looking for sympathy, to make a cry for help or any special attention, just more understanding that what they have is an illness like any other, which takes time to heal”.

When I came out of hospital I went to live with my son for what I thought would be two weeks. I was still there three months later. It was then I realised that recovery could take a lot more time than I had thought. I used to be a complete workaholic and eventually when I did go back to work, I lasted half a day. I was still in denial over what had happened. One of the hardest parts of the recovery process was having to slow down. I now realise that I’d lost my identity in my business by just living for work, it took over my life for many years”.

My daughter, who lives in Barcelona, flew back several times and looked at every mental  health support group she could. I started going to   Mindspace in York Place. I was sceptical at first about some of it, especially the meditation. I couldn’t believe it. The first time I walked out, it was like a weight had been lifted off my shoulders. I couldn’t wait for the next session. I started going three times a week, and I don’t think I will ever stop”.

Since his diagnosis Colin has become a facilitator at Andy’s Man Club and also helps others at Smart Recovery meetings at CATH Day Centre, amongst others. “What Andy’s Man Club does is give men a chance to open up in a safe environment and share with others. This club is a lifesaver. I don’t know where I would be today if not for all the family and many friends that have stood by me and not judged, as well as the groups. Today I now realise that time is precious. I am a survivor not a victim. To all the people out there, who identify with these symptoms reach out to any of these groups, there is no shame in having an illness that can be treated and most of all don’t give up hope, you’re not alone”.

Colin decided to learn more about his mental health and graduated from Perth College UHI in September 2019 in Mental Health Peer Support. Peer support workers in the mental health sector, often now acknowledged as ‘experts by experience’, offer a unique insight and understanding that can only be gained through having been there yourself. The course has been specifically developed to equip students with the learning and values necessary to utilise their own experiences to support others recovering from mental illness.

“I applied and got accepted” said Colin. “I couldn’t believe I could be a graduate at 67. It took a year but I passed with support from all the groups mentioned and the Walled Garden at Murray Royal and Perth College. The academic side was not easy and I felt like walking away a few times but with a lot of hard study I got there. I think I have done well for a man that left school at fourteen with no qualifications”.

Jillian Milne, CEO of Perth charity Mindspace, was delighted to help Colin. She said: “We offer three or four different services, but we’ve been forced to make cuts due to underfunding. We help people share coping techniques and learn through peer support.”

Mindspace’s premises is currently closed due to Covid-19. However they are still working, and have a Covid-19 Support page for information about what each service is offering. They also have a Lockdown Listening Service for anyone experiencing difficulties at this time.

Mindspace’s Counselling Service, for both adults and young people over the age of 11, provides one to one therapy for anyone who is facing difficulties or challenges in their life. This support is delivered in their Perth office and in rural areas.

The adult Recovery College (for anyone over 16) takes a learning approach to mental health – in groups or one off sessions, learn with and from each other and gain skills to help you manage your mental health, or just come along to learn more about it! They also have a Young People’s Recovery College – groups for young people between 11 and 18 years of age which provides a safe space to talk, share experiences and learn about useful ways to cope when things get difficult. A list of groups that are running at the moment can be found on their Calendar page.

Apologies for the delay in getting your magazine and free wall planner out to you but this is due to the incompetence and atrocious customer service from DPD UK.It has been sat in the depot two miles from my house since Monday with no reason given for the delay.Every day it is out for delivery only to be updated in the afternoon with a one-day delay.Anyone considering booking a courier please choose anyone other than DPD UK ... See MoreSee Less
View on Facebook
· Share