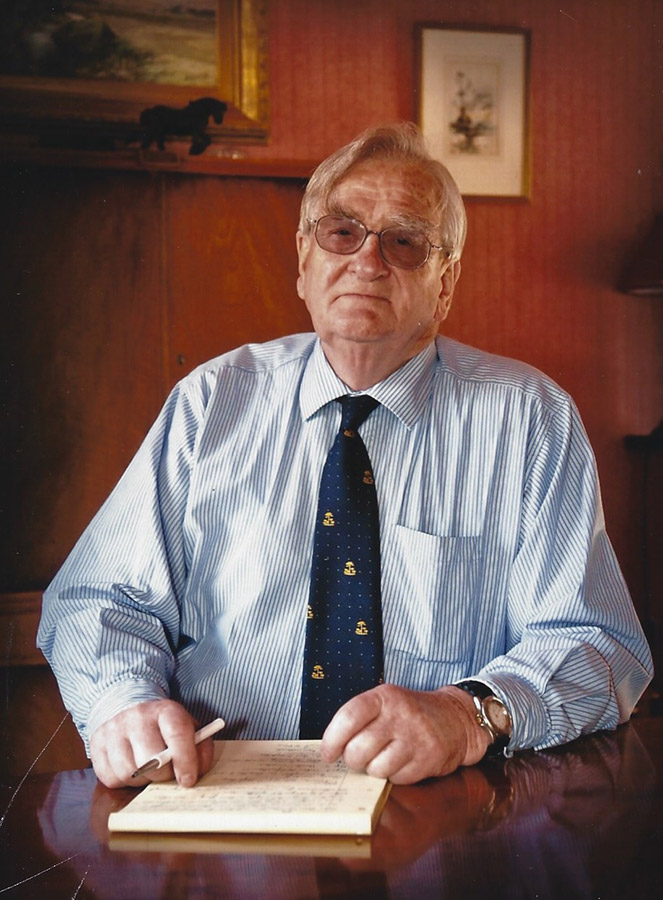 Alexander J Brownlie CBE of BSW Timber Ltd (known as Sandy), passed away peacefully at home with his family on June 5 aged 84.

Born on August 24, 1935 into the family sawmilling business based in the heart of the Scottish Borders, it wasn’t a surprise that, after leaving school, Mr Brownlie had a brief spell in the office of a Liverpool timber broker and began working full-time in the business in 1953. He spent only two weeks there before receiving his call-up papers for two years’ National Service.

When he returned in 1955, he worked at the company’s auditors in Edinburgh before going back to what he loved, working in the Earlston sawmill, in the autumn of 1956. He was appointed a director in 1959. Late 1970, Mr Brownlie pressed ahead with investment in new equipment and transport fleet.

With the team, he revived a business his father had come to believe was in decline. Always quick to seize opportunities, in July 1981 A&R Brownlie bought Western Softwood, based in Wales. Overnight Brownlie’s became a major force in the UK softwood producing industry and have continued to be so as the UK’s largest sawmilling business and now the UK’s only fully integrated forest products business with European operations.

Thomas Smith & Sons (Kirkoswald) Ltd, based in Ayrshire was acquired by Mr Brownlie in 1988 and BSW Timber plc was formed on July 4 that year. Mr Brownlie became BSW’s first chairman and by 1991 the company had built a major new state-of-the-art sawmill at Carlisle.

With an eye on the future, in 2006 BSW seized the opportunity to buy the former Arjo Wiggins paper mill in Fort William adjacent to its existing Kilmallie mill, where the UK’s most technologically advanced sawmill now operates. As chairman, Mr Brownlie was always eager to see the business grow further and had the strategic vision to make this happen. He retired as chairman in 2009.

Mr Brownlie was awarded the CBE at Buckingham Palace by the Queen in 1994 for his services to the industry and throughout his career he served on many trade associations boards, always driving and promoting the forest industry.

He was respected by his peers, colleagues, employees and friends for the passion and commitment to grow BSW.

Mr Brownlie was a well-loved personality amongst his circle of friends and family and was well known and respected throughout the Borderlands where he supported many organisations and charities. Later in life he enjoyed more free time to travel and pursue his love of country pursuits. He was an extremely modest man with a down-to-earth attitude and dry sense of humour and was always interested in everyone.

Mr Brownlie is survived by his wife Maude, son Alex, daughters Jane, Kate and Clare and stepdaughters Liz and Trish

Looks like we really are setting a path for others to follow. Another forestry publication has just announced they are running the same feature to the one we announced weeks ago. Ah well, as they say, "imitation is the best form of flattery" ... See MoreSee Less