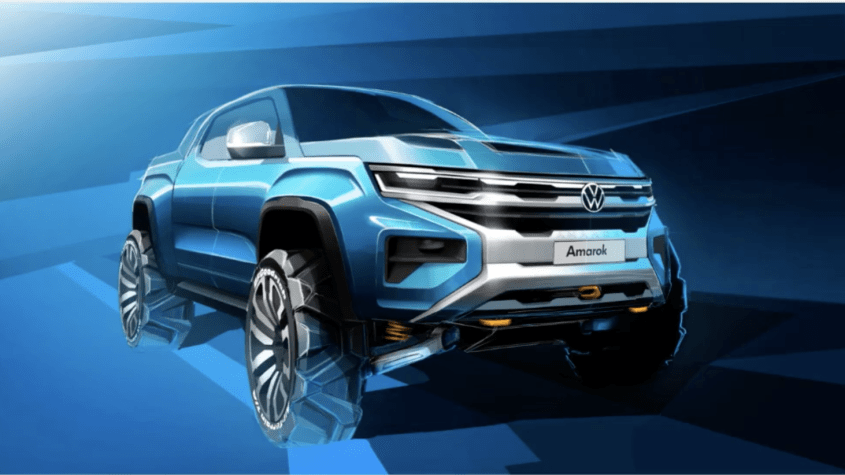 Plans for the agreements were first announced by Ford and Volkswagen last July.

During the lifecycles of the products, the companies expect to produce up to a combined 8 million of the medium pickup truck and both commercial vans included in the commercial relationships.

“In light of the Covid 19 pandemic and its impacts on the global economy, more than ever it is vital to set up resilient alliances between strong companies,” said Volkswagen Group CEO Dr. Herbert Diess.  “This collaboration will efficiently drive down development costs, allowing broader global distribution of electric and commercial vehicles, and enhance the positions of both companies.”

“This alliance comes at a time of tremendous enthusiasm about the intersection of increasingly intelligent, connected vehicles in an ever-smarter world,” said Ford CEO Jim Hackett.  “This creates a huge opportunity to innovate and solve many of the world’s transportation challenges and deliver extraordinary benefits to customers – even as companies need to be selective about how they use their cash.”

Ford and Volkswagen both have strong commercial van and pickup businesses around the world, including popular models such as Ford’s Transit and Ranger and Volkswagen Commercial Vehicle’s Transporter, Crafter, Caddy and Amarok.

“Commercial vehicles are fundamental to Ford today and an area where we will accelerate and grow, and working with Volkswagen on these platforms will provide both of us significant financial advantages in things like engineering, and plants and tooling,” said Jim Farley, Ford chief operating officer.  “Separately, Ford will add battery electric versions of Transit and F-150 in the next 24 months for commercial customers who increasingly need zero emissions and the power of connectivity, data and artificial intelligence.”

“The collaboration with Ford is a key building block of our GRIP 2025+ strategy and part of the current transformation of Volkswagen Commercial Vehicles,” said Thomas Sedran, chairman of the board of management of Volkswagen Commercial Vehicles.  “This long-term cooperation with Ford will strengthen our very good position in area of light commercial vehicles, especially in our core European markets, and is proof that we are successfully implementing our plan step by step.”

Ford’s use of Volkswagen’s MEB architecture in Europe will represent another cornerstone in Volkswagen’s electric vehicle strategy, and further efforts by both companies to fulfill their commitments to the Paris 2015 Agreement.  Volkswagen and Ford plan to explore additional ways to cooperate on electric vehicles.

Over several years starting in 2023, Ford could deliver 600,000 electric vehicles atop the MEB architecture, which is designed to combine space and performance with electric drive.  The vehicle, which will be designed and engineered by Ford in Cologne-Merkenich, will add another compelling nameplate to its own all-electric Mustang Mach-E, which will be introduced in 2021.

Additionally, the companies will both work with Argo AI to form distinct, highly capable autonomous-vehicle businesses based on Argo AI’s self-driving technology.  Last week, Volkswagen closed its previously announced investment in Argo AI, the Pittsburgh-based company in which Ford already had ownership and development interests.

Volkswagen and Ford independently choosing to invest in Argo AI illustrates the technical leadership and progress of Argo AI’s self-driving system, and how alliances can help enable development of breakthrough technologies that require substantial time and resources.  Argo AI’s SDS is the first with commercial deployment plans for both Europe and the U.S.  The global reach of Ford and Volkswagen will give Argo AI’s platform the largest geographic deployment potential of any autonomous driving technology to date.  Reach and scale are important factors in developing an SDS that is robust and cost efficient.

The Volkswagen/Ford alliance does not include cross-ownership between the companies, which will remain competitors in the marketplace.

The Volkswagen Group, with its headquarters in Wolfsburg, is one of the world’s leading automobile manufacturers and the largest carmaker in Europe. The Group comprises twelve brands from seven European countries: Volkswagen Passenger Cars, Audi, SEAT, ŠKODA, Bentley, Bugatti, Lamborghini, Porsche, Ducati, Volkswagen Commercial Vehicles, Scania and MAN. The passenger car portfolio ranges from small cars all the way to luxury-class vehicles. Ducati offers motorcycles. In the light and heavy commercial vehicles sector, the products range from pick-ups to buses and heavy trucks. Every weekday, 671.205 employees around the globe produce on average 44,567 vehicles, are involved in vehicle-related services or work in other areas of business. The Volkswagen Group sells its vehicles in 153 countries.

‘We transport success’. As a stand-alone brand within the Volkswagen Group, Volkswagen Commercial Vehicles (VWCV) is responsible for the development, construction and sales of light commercial vehicles. They include the Transporter, Caddy and Amarok ranges, which are produced in Hannover (D), Poznań (PL), Września (PL) and Pacheco (ARG). Our vehicles transport construction workers, families and adventurers, bread rolls, parcels and surfboards. Every day they help countless people all over the world to do a good job, they operate as mobile workshops and they bring paramedics and the police to wherever they are needed. Within the Volkswagen Group, Volkswagen Commercial Vehicles is also the lead brand for Autonomous Driving, Mobility as a Service (MaaS) and Transport as a Service (TaaS), and in future will therefore be developing and producing corresponding Special Purpose Vehicles (SPV), such as robo-taxis and robo-vans. In this way we are transporting an entire society, with all its requirements for clean, intelligent and sustainable mobility. Working at the company’s sites around the globe are more than 24,000 employees, including around 15,000 at the Hannover site. 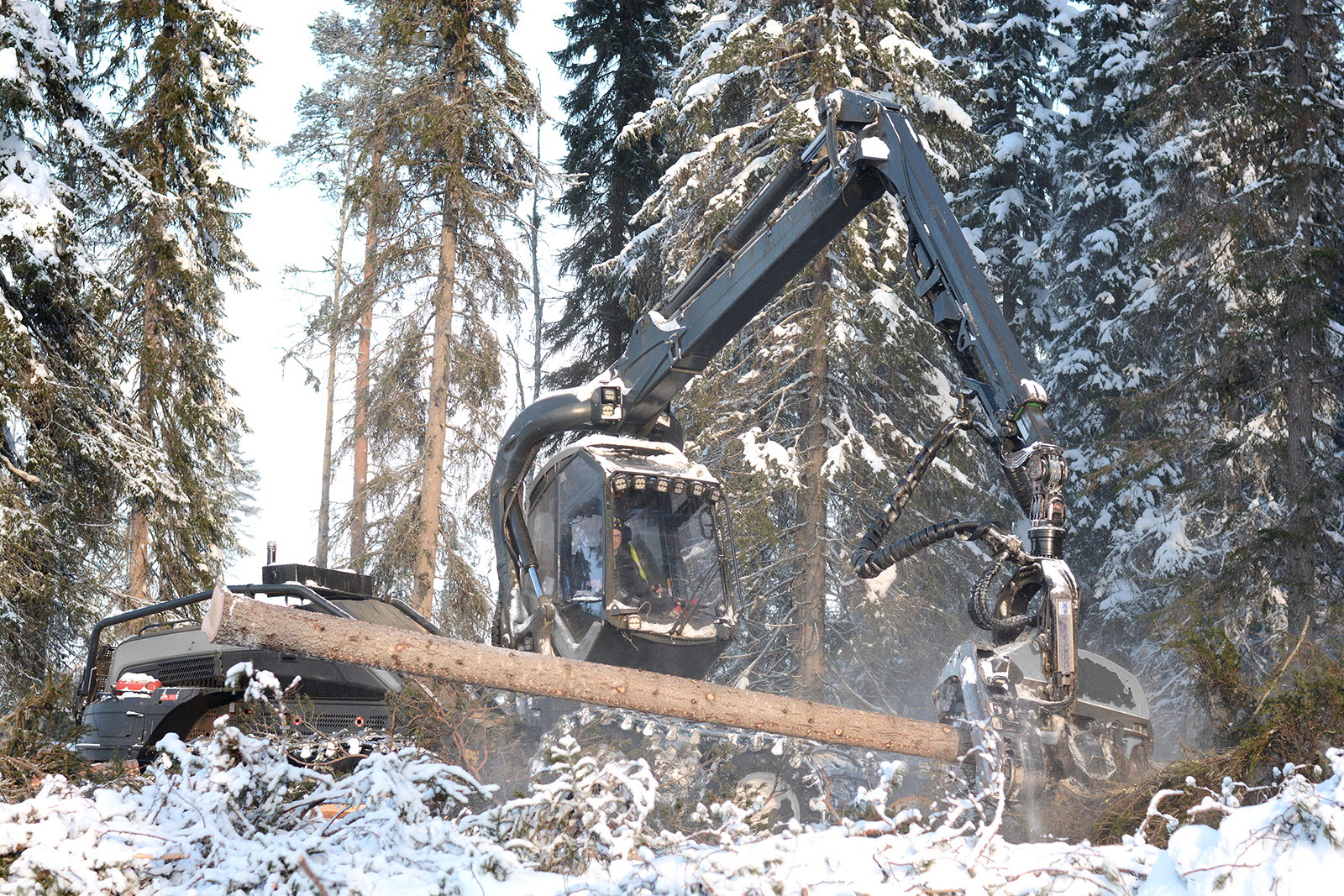 A new Generation of harvester rotators