BaSt-Ing, Innovation for the Forest 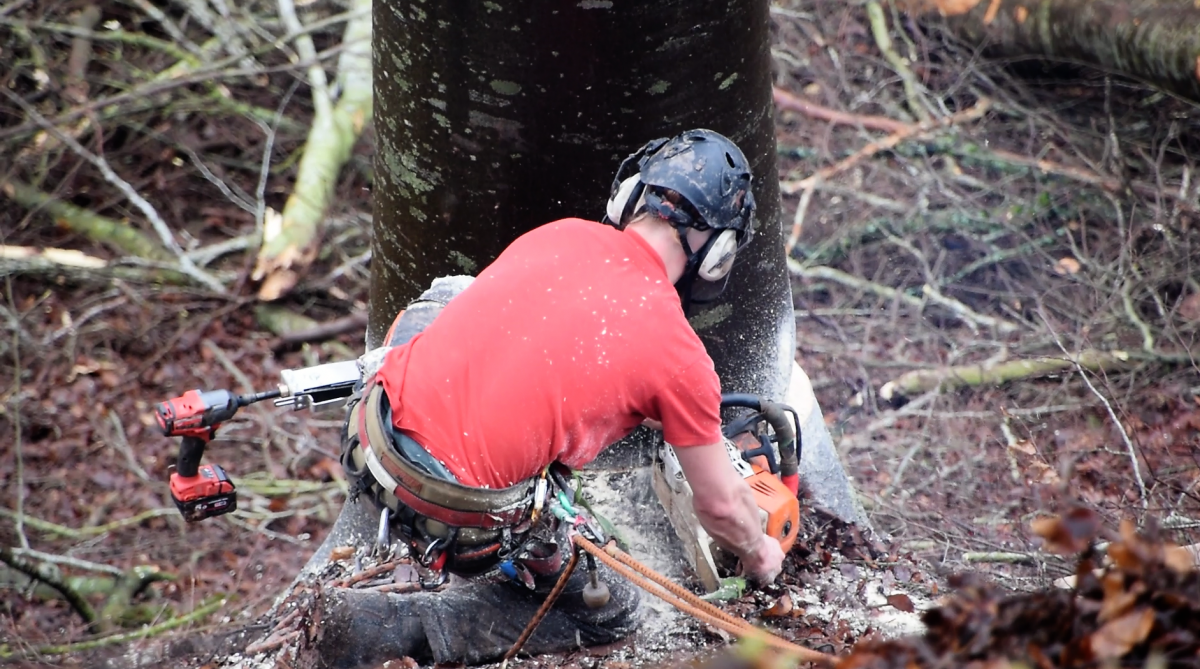 BaSt-Ing GmbH is an innovative forestry company from Bavaria, Germany. Starting with a simple product, the company eventually grew and the two founders have now ventured into large-scale technology.

Processes like sharpening a chainsaw with an impact drill and a grinding belt or a spindle wedge which is simply controlled by the forestry tape may seem strange even for people who are familiar with professional forestry work; however, in Germany this has been almost standard technical practice for years. To explain these processes, we should start slowly.

Their first innovation was a spindle wedge called ValFast, which is driven by a battery impact wrench. The invention was very well received in the market as it saves a lot of energy for the workers out in the forest due to the fact that the wedge work is done by the impact wrench. It also has a lifting capacity of 26 tonnes, significantly more than the impact force imparted by most individuals armed with a hammer. A special feature is the ability to clamp the forestry tape on the machine – the operator moves a few metres behind the tree and can start the wedge work by pulling the tape from a safe distance.

The cone-shaped ValQuick soon followed as well as a special adhesive tape for the repair of cracked forest measuring tapes. In 2018, the ValFast was enhanced via a remote control measuring tape: for those who found the ValFast wedge too big, there is now the sleek and cheaper ValFix which weighs just 1.4kg. Since the impact wrench has become an established forestry tool, the natural option was to expand its capabilities. Moreover, in 2019, the DrillFast drill was created, which can be used mainly for planting but is also useful in fence construction and other activities that require a hole in the ground. This product even won an innovation award.

In the same year, BaSt-Ing launched a sharpening tool – another novel product – which works with a grinding belt and is driven by a cordless screwdriver. The grinding belt used achieves an extremely sharp chain and is much faster than hand grinding. Once again in 2019, the company also retrofitted a hydraulic pump of a car towed tipper so that it could be operated with the cordless screwdriver. Normally, the flatbeds are lifted via a hand pump, which is also possible in parallel. The cordless screwdriver ensures that the charge is ready in 40 seconds without any effort from the trailer.

The new Vincent goes one step further: it is worn like a shield on the back and protects the exposed parts of the neck and back from falling branches during felling with the chainsaw. These branches are considered to be a major danger, especially in hardwood forests, as evidenced by the accident statistics of the Social Insurance for Agriculture, Forestry and Horticulture (SVLFG). Compared to the others, the certification required for this product was more strenuous due to its role as personal protection equipment.

Other products are constantly under development. For example, Josef’s brother had a lot of strong beechwood to split last winter but he lacked a suitable machine for handling even very large diameters comfortably. BaSt-Ing thus created the Heraudemand. The result is the first plywood splitter suitable for one-metre wood with pure crane loading. Like most other wooden splitters, it can be hung on the PTO shaft of a small 40-50hp tractor. The principle is comparable to a gigantic cucumber planer: the wood is split off layer by layer from the outside of the trunk piece and then divided into several logs by a kind of comb. If something is clogged the crane is briefly lifted, which frees up all the gaps. According to the company’s own data, the throughput is ten sterpers  per hour with minimal physical effort. This design has been patented by BaSt-Ing: “It’s a super-simple machine that really takes something away,” says Strobl. “In such projects we also like to do something completely crazy that no other company has tackled before.”

Because the principle of the layer splitter is not a completely new idea, there are some self-constructions available on the internet.

Professionally and with the loading by the crane, however, no other manufacturer has implemented this approach. The target group is mainly customers with a lot of hardwood over 40cm. For weaker trunks, the well-known saw-gap machines are already extremely proficient as they also take over the cutting and are fed by crane with entire fixed lengths. However, their limit is usually the diameter and the BaSt-Ing SpaltFast provides an excellent alternative. Of course, there are already devices for heavy wood but these are usually designed for contractor use (for example on the truck) and therefore have become correspondingly expensive with six-digit purchase prices. Forest start-ups therefore rely on smaller customers or machine communities who would otherwise rather buy regular wood splitters or slit machines. In this segment, however, there is a gap for hardwood that the company is endeavouring to fill.

Despite running his own thriving company and overseeing its relentless development, Josef Strobel still goes into the forest a lot with the chainsaw. Therefore, he has not lost touch with the forestry work for which he and his childhood friend Florian Bauer and the rest of the team want to develop further products in the future. And, of course, nothing can replace the balance gained by being in touch with nature.