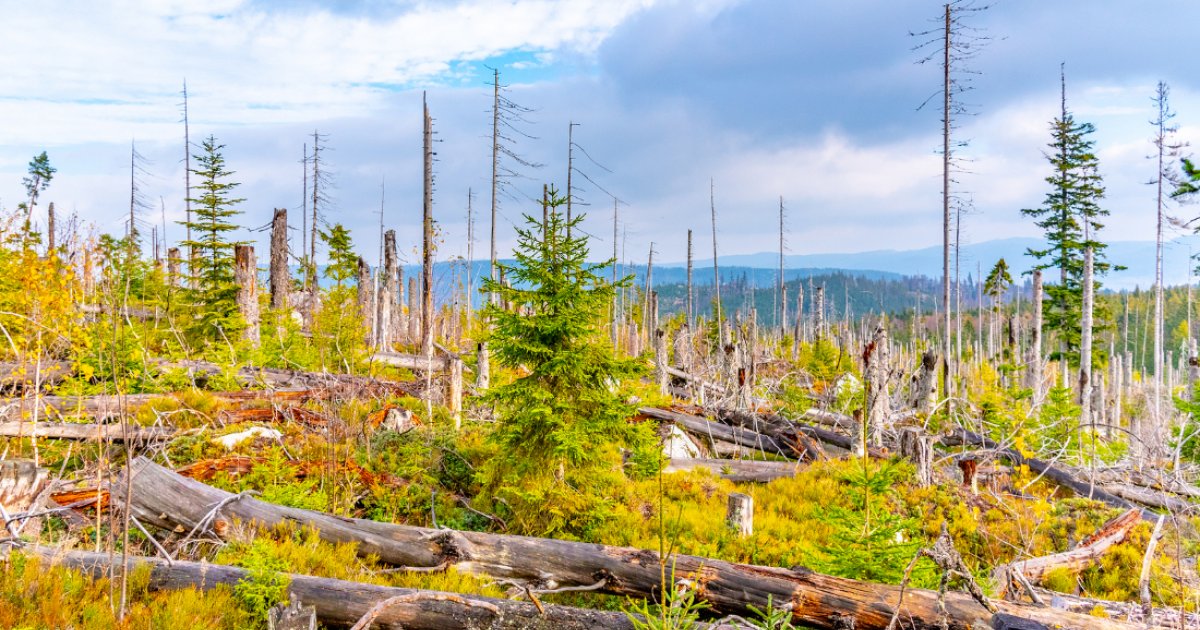 The German agriculture minister presented a worrying annual report on the condition of German forests, which again highlights the dramatic effects of climate change on the ecosystem. At the same time, however, the forest is also the solution to the problem.

“Anyone who is out and about in the forest sees massive damage,” Julia Klöckner said during the presentation of the Forest Condition Report 2020.

Never before have so many trees examined died as in 2020, the report states. Four out of five trees have thinning crowns, meaning 79% of spruces, 80% of pines, 80% of oaks and even 89% of beeches are considered damaged.

Forest scientist Dr Nicole Wellbrock from the Thünen Institute, which was involved in drafting the report, confirmed that all tree species are doing badly, even if they react differently to the changes in climate.

In addition, she explained that 2020 is not an outlier year, but that the damaged areas that have developed and the humus and nutrient depletion in the forests are long-term trends due to climate change.

“We are seeing the consequences of the past three years of drought, storm damage and pest infestation by the bark beetle,” said Ms Klöckner, summing up the causes of this state of affairs.

“Our forests are sick,” she said, adding that this year’s report has been the worst survey since 1984.

Some 277,000 hectares are to be reforested due to the damage from the past three years alone. That is larger than the entire area of the Saarland. Nevertheless, Klöckner did not want to speak of forest dieback, since it is only parts of the forest and something is being done about it.

Around €800 million will come from the budget for agricultural structures and coastal protection (GAK) and is to go to private and municipal forest owners for reforestation and adaptation of forests to climate change.

Another €700 million will come from a federal economic stimulus package, which will allow forest farmers and forestry operations whose existence is threatened, to apply for the so-called federal forest premium.

However, these forest areas must have sustainability certification under the PEFC or FSC programs, Ms Klöckner explained. The investments are geared to climate protection and are intended to help stabilize the forests it says about the forest premium.

Ms Wellbrock welcomed the steps taken to reforest damaged areas. However, she stressed that it was important to promote climate-stable forests. In this way, she said, reforestation can be used as an opportunity to make forests more climate-resilient and sustainable in the future.

Ms Klöckner concluded by mentioning the possibility of agroforestry systems as a means of combating climate change. That is why, in her opinion, support for this mixed form of agriculture and forestry should also flow into the EU’s Common Agricultural Policy (CAP).

Only recently, the Bundestag decided to allow agroforestry systems in Germany. The agriculture ministry and Ms Klöckner had previously opposed the idea for years.