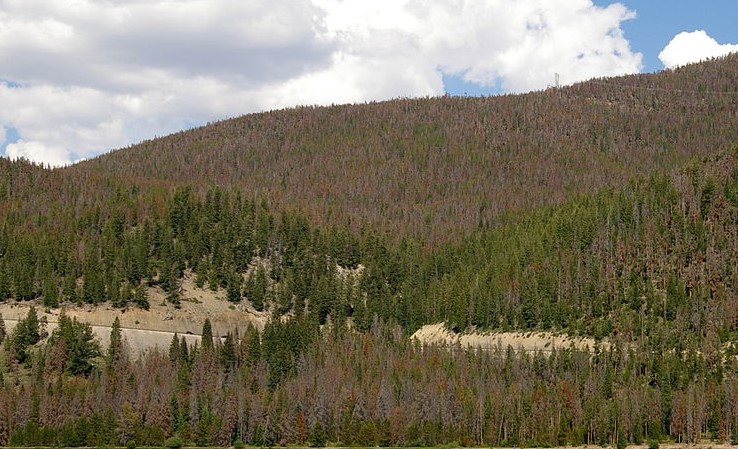 Removing as many infested trees as possible before the spring swarming starts is now critical.

The most recent damage inventory of Södra’s 330 surveillance estates in late October shows that more than 1.4 millionm³ sub of Spruce forest on members’ estates is Spruce bark beetle impacted. That is about 25%, or 300,000m³sub, more than shown by the inventory in late August. But the damaged volumes vary between the areas with minor or more serious damage after the summer.

“As in early autumn, the most serious damage is concentrated to the eastern half of Götaland, from Blekinge up to the border with Sörmland, and to the area between Lakes Vänern and Vättern. We see increased damage across our entire forest operations area, but the greatest increase in damaged volumes compared with the last inventory is in areas that are already seriously affected,” said Henrik Holmberg, forest management and contractor developer at Södra.

The change in damaged volumes between both of the autumn’s inventories is not due to new outbreaks, but the fact that the damage has now been easier to detect,” Mr Holmberg said.

“The volumes of damaged forest are increasing because the trees attacked in the last swarming in early August were difficult to identify at the end of August. We also expect to continue finding infested trees until spring next year.

“It is now critical for forest protection efforts that forest owners continue to make inventories of their forests during the autumn and winter and remove any damaged trees. If we want to save the most wood value possible, we have to act as fast as possible,” said Henrik Holmberg.