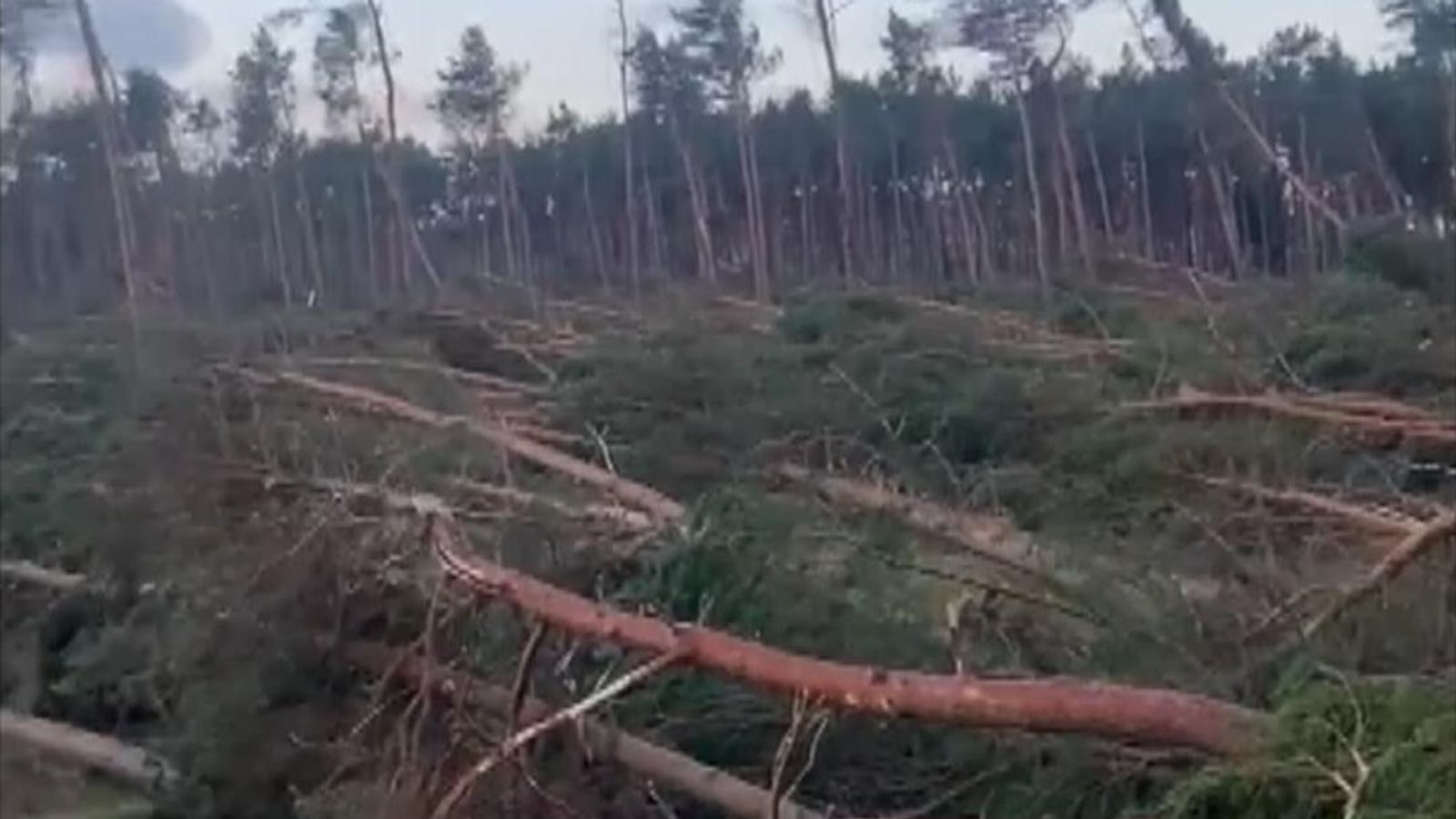 1. Early indications are that the eastern side of Scotland has been impacted the most by Storm Arwen, which struck overnight on 26th November. Other areas of Scotland have also been damaged with reports from Dumfries and Galloway and Perth and Argyll. However in the main, Grampian and the Scottish Borders areas have been worse affected.

2. In most areas, there looks to have been sizeable pockets of windblow while in some of the worst affected areas, whole compartments or multiple compartments of trees may have blown over. The Scottish Windblow Action Committee (SWAC) would be instigated after a catastrophic windblow event involving 1-1.5 million cubic metres of timber in 1 or more timber marketing
zones. At this point, there is not enough credible information available to be able to predict the full extent of Storm Arwen’s damage.

3. Scottish Forestry is working to try and obtain satellite imagery of Scotland, taken over the weekend from Sentinel 1 satellites in order to better inform estimates of windblow damage from Storm Arwen on a regional basis. SF is also working to secure helicopter surveillance to provide more detailed
surveys where necessary.

4. FLS’s initial assessment indicates significant wind damage to Scotland’s national forests and land, particularly in East, South and Central Regions (Stirling County). FLS is working closely with Scottish Forestry, Confor and local resilience partnerships, and has allocated staff resources to assess the damage, prioritise clearance work and plan adjustments to work
programmes with suppliers and customers. FLS will continue to assess the impact over the remainder of this week. Clearance work is expected to take weeks and, in some places, several months to be completed.

5. FLS has updated its website encouraging members of the public, to stay away from Scotland’s national forests and land, pending an opportunity to fully evaluate all recreation facilities. Priority will be given to tree work in locations that provide an immediate risk to people or property with the focus then shifting to providing essential access for communities, neighbours and forestry business. It is hoped to gradually reopen trails and other facilities later this week, and will update the FLS website accordingly.

6. SF has also spoken to Confor, who in turn is seeking evidence from members as to the extent of damage. It is normal for this evidence to take some time to collate given the order of priorities which must be worked through in these circumstances. SF is also in discussion with regional resilience partnerships to understand the wider impact, however FLS and SF are not category 1 or 2 responders.

7. We will provide follow up briefings as the picture becomes clearer. SF expects an increase in felling permission applications and long term forest plan / land management plan amendments as land holders gear up to begin clearing up after storm Arwen, and has begun to resource this.
SF will work with Confor, FISA and the sector to promote a safety first approach