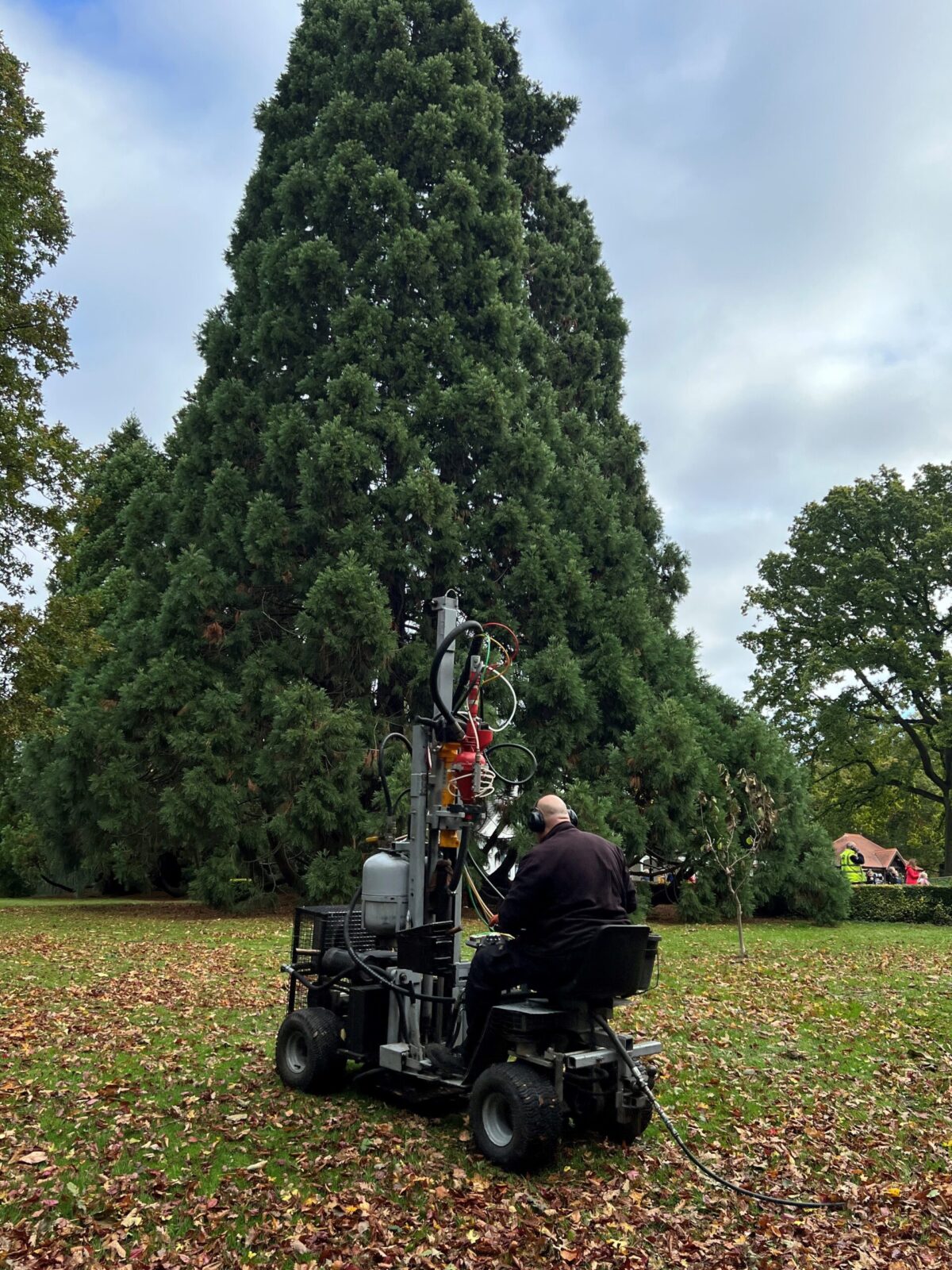 Darlington’s South Park is home to two of what are believed to be the largest giant Redwood trees or multi-stemmed Sequoiadendron giganteum in England. Planted in March 1863 to commemorate the marriage of the future King Edward VII to Princess Alexandra of Denmark, the trees are placed in the top ten in Britain. The only other multi-stemmed Wellingtonia is at Stratfield House, the former home of the Duke of Wellington. It was planted by the 2nd Duchess of Wellington in 1857 in memory of the Duke and the Battle of Waterloo, hence the alternative naming of the tree as Wellingtonia. This caused outrage among US botanists when the Sequoia was rediscovered in 1852 in Sierra Nevada and a sample taken to England to become named after the recently dead duke. The tree council believes the trees in South Park are most likely from the same seed as the Stratfield trees.

Recent times have seen one of the Darlington trees suffering from the effects of compaction. The top roots are, in fact, visible and travel a long way from the tree on one side, with a steep hill down to a river on the other. The tree over-compensates to get all its energy.

Darlington Council took action by calling on the services of Terrain Aeration’s Tree Division to provide specialist deep aeration of the area using their Terralift machines. The key to successful treatment is usually to work along the dripline, one metre inside and one metre outside, where the rainwater drips from the canopy. Working either side of the dripline reaches beyond the growing roots, increases the percentage of oxygen intake and allows maximum drainage. Rainwater can penetrate deeper, resulting in a stronger root growth and a healthier canopy spread with an aerated soil structure and relief of compaction panning. Once the trees receive significant rainfall, they pick up as they receive more water and nutrients.

With the South Park trees, all the lawn was aerated as well with mycorrhizal funghi. These attach themselves to the tips of the roots and help them break through hard soil, leaving the tree more energy to grow leaves and in size. The soil was very hard and dry around the base, so some fractures were done near to the tree. Water storing polymer was injected into the area to help retain available water from rainfall for the tree roots. Unlike normal aeration, the Terralift is designed to penetrate as deep as one metre using a probe, which releases compressed air at a maximum of 20Bar (280psi). The effect this creates is to fracture the soil, resulting in fissures that interlink as the Terralift repeats the process on a grid system of two-metre spacings. The network of fissures allows maximum penetration of air and water.