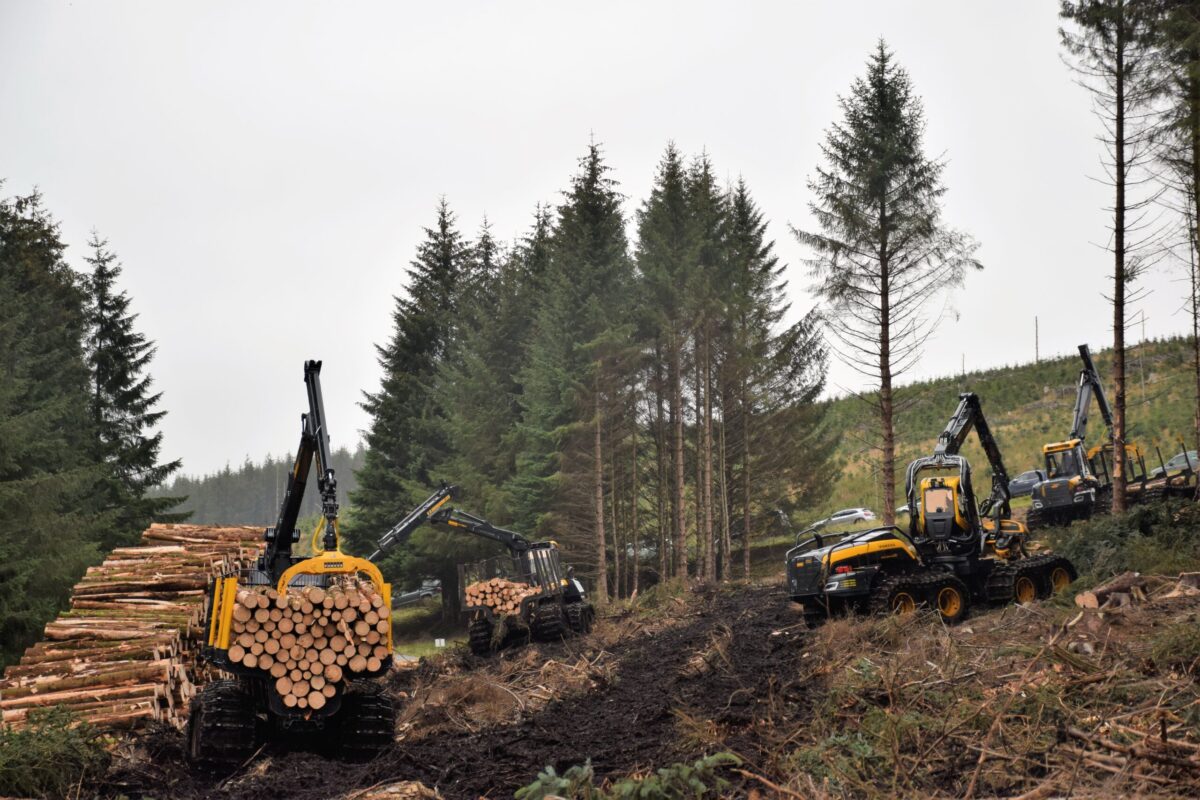 Soaring energy costs are crippling the companies involved in wood processing. This is having a major knock-on effect for the people working at the blunt end of forestry.

It is distressing to see contractors and hauliers that have invested enormous amounts of money into equipment – so they are competitive, reliable and able to comply with the ever-changing rules and regulations – be kept in the dark and treated like dogshit on your shoe. The whole industry is in meltdown with ever increasing energy costs, tree diseases and climate change.

One of the large paper manufacturers released a statement a few days ago.

Metsä Wood, a large Finnish wood processing company, with €6 Billion in sales and operating in 28 countries has released this statement.

“Metsä Tissue announced earlier this year temporary production stops due to extremely high energy prices driven by the energy crisis in Europe. The situation has been continuously worsening and is impacting all Metsä Tissue’s markets in Europe and is especially demanding on the company’s Western and Eastern European mills.

During the recent weeks, Metsä Tissue has had to curtail its production both in its Zilina and Kreuzau mills for several days because of the high energy price peaks. With the high energy cost inflation, further production curtailments are likely, and they may also impact the availability of daily Tissue products in the markets, as substantial amounts of daily production losses will occur.

“To mitigate the situation, we have explored all possible energy efficiency improvement actions and mitigation actions to replace Russian gas with alternative energy sources are on-going. We have also been forced to revise our offering and the crisis will also speed up the move towards fresh fibre focused strategy, which enables lower energy use in the paper making, compared to recycled fibres”, says Tobias Lüning, SVP Central Europe, Metsä Tissue.

“Tissue profitability will continue to be reviewed on a daily basis and the high energy costs will most likely continue to cause additional temporary production shutdowns.”

The majority of wood processing plants are in the same boat. With energy prices set to escalate further in the coming months, the cost of wooden products to consumers is set to rocket and will further reduce the demand for timber. As consumers cut back on energy use and businesses take drastic steps to survive demand for small round timber will further decrease.

I went down to Dumfries and Galloway earlier this week and it struck me that the roads were devoid of timber lorries. Normally you pass a lot of loaded log trucks heading south on the M74 towards Stevens Croft, with chip for EON or sawlogs for James Jones, and empty ones heading north for another load but on this occasion, there were none to be seen.

Forestry has always been an industry of peaks and troughs, weather and the economy play their part, but this current crisis is one step to far for many contractors. As an industry with an ageing workforce and serious skills shortage, without some help, this could be the final nail in the coffin.

Although the firewood market could see an increase, in 2020 the Government published a modelling suggesting that domestic wood burning, and solid fuel stoves are a leading cause of particulate air pollution. “Using wood in open fires and wood burners produces air pollution called particulate matter. These are tiny soot particles that settle in the lungs and can cause respiratory diseases including lung cancer.”

Forestry in the UK is a huge industry which benefits the treasury with over £1 billion annually and employs over 40,000 hardworking and honest people who are doing their level best for their families.