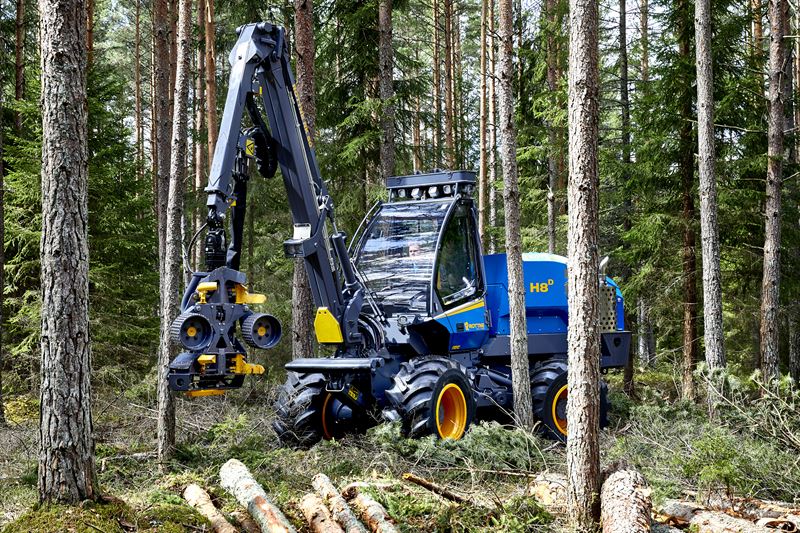 “We are increasing our production capacity. As a part of this process, we are making a major investment by adding a specialization to each of our three factories”, says Tobias Johansson, CEO at Rottne Industri.

For many years, Rottne Industri has been manufacturing a large part of the components for its forest machines in its own factories. The new investment means that production of larger components that are now manufactured in Lenhovda, will take place in the main factory in Rottne, while the factory in Lenhovda will specialize in robot welding.

“We have developed a long-term strategy about the objects we will manufacture more efficiently to achieve our planned volume increase in the nearest future,” says Anders Börjesson, Majority shareholder at Rottne Industri.

The first part of the large investment will go to two state-of-the-art bed cutters from Correa that are manufactured and designed to handle large and heavy objects with lengths up to six meters.

“These are the bed cutters of the latest technology that will help us to come closer to our goal of 300 manufactured machines per year. Now we produce 150-200 machines per year,” says Joakim Ragnarsson, Production Manager at Rottne Industri. “This industrial equipment is in the ten million range for processing of large, welded components, such as our sturdy frames. The first bed cutter will be installed and start its operation at Rottne in a year.”

The second major investment will be a construction of a new building at company’s main factory in Rottne. As part of the specialization, all washing, blasting, and painting will in future take place in Rottne.

“We also take the opportunity to improve internal logistics by building a new industrial hall and joining together several of the buildings at the main factory,” says Tobias Johansson.

This major investment will also create new jobs, both in Rottne and Lenhovda. The production will be moved from Lenhovda to Rottne in the same time as the production volumes will increase.

“Without this change, we would not have been able to produce the increasing volumes of components in Lenhovda.”

The third Rottne factory that is in Stensele will not be affected, and the work will continue there just as usual.

“We will soon be hiring a production technician, with a focus on processing. This person will be a part of this exciting journey from the start,” says Joakim Ragnarsson.

The change process will begin already this autumn however, the new building will be completed, and the first bed cutter will be installed in mid-2022. After that, the investment work will continue gradually.

“We have worked for a long time on this plan for future and it is very exciting that we now launch it officially,” says Anders Börjesson. “Rottne Industri is investing heavily and prepares for future growth of number of produced forest machines, as well as we are creating new jobs.”